Hello, readers! So much is happening in the theatre world these days, I thought I'd take some time to update some previous blogs. 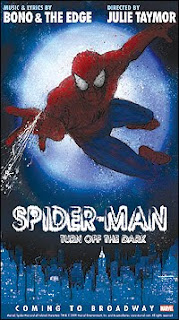 GONE, BUT NOT FOREVER (I HOPE)

Spider-Man: Turn Off the Dark! I knew there'd be a big announcement coming on this one. And sure enough, I was (unfortunately) right that when producers stated in November that the show would open in 2010, that they were not coming in this season, but next, all while still opening in the calendar year 2010! Smart, tricky and typical. Of course, co-star Alan Cumming kinda let the cat out of the bag when he told press that the February 25 preview start date wasn't going to happen as a way of explaining how difficult it was knowing it will happen, but having to wait so long to get started. Scratch that one of the 2010 Best Musical list.

MAYBE (PROBABLY) ON ITS WAY

I recently blogged about a show that is beginning its first reviews, Duncan Sheik's Whisper House. Anything new from this Tony-winner (for Spring Awakening) is at least worth looking at, right? Here are some really nice production photos from its premiere at the Old Globe in San Diego. (Photos by Craig Schwartz) 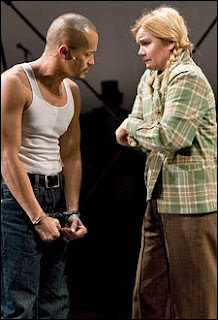 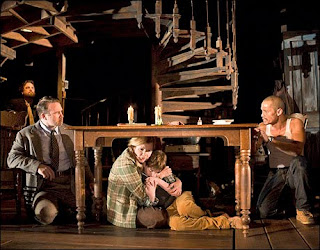 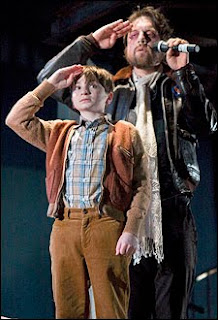 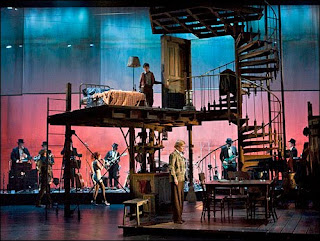 COMING SOON TO A THEATRE NEAR YOU

In more positive news, the full cast of Twyla Tharp's new dance musical, Come Fly Away was announced. No real surprises in that most, if not all, of the cast was in the Atlanta premiere that got it noticed for Broadway in the first place. Several of the cast, including leads John Selya (below, with Holley Farmer), Charlie Neshyba-Hodges and Keith Roberts and ensemble members Ron Todorowski, Alexander Brady, Cody Green (West Side Story), Laurie Kanyok, and Ashley Tuttle are veterans of her previous shows Movin' Out and The Times They Are A-Changin'. Other principal dancers include: Rika Okamoto, Karine Plantadit, Matthew Dibble, Holley Farmer and Laura Mead. The Come Fly Away ensemble will include: Kristine Bendul, Colin Bradbury, Todd Burnsed, Jeremy Cox, Carolyn Doherty, Heather Hamilton, Meredith Miles, Marielys Molina, Eric Otto, Justin Peck and Joel Prouty. Come Fly Away begins previews March 1, with the opening scheduled for March 18 at the Marquis Theatre. 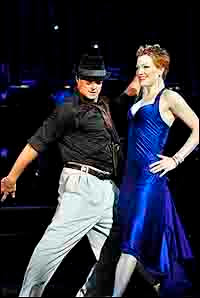 In some especially nice news, it looks like Legally Blonde: The Musical could be the hit it never was here while it plays in London. It seems the conservative (and liberal) critics of the West End scene decided to embrace the energy, silliness and snap of the show, which opened January 13th. One British columnist even admitted that he tried vigorously to hate the show, but just couldn't do it! I, like many others, loved the show when it was here. I listen to the OBCR frequently still and just plain enjoy the whole shebang. That is like totally awesome, Elle! (Below: Alex Gaumond (Emmit), Sheridan Smith (Elle) and Duncan James (Warner) at the opening night party.) 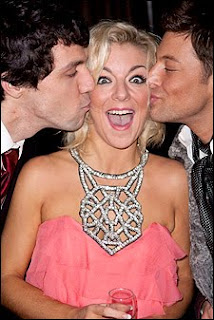