Warning:  This blog contains photos of pretty girls, drag queens, and Broadway Bares strippers.  While no one is fully naked, there are pictures that might not be work safe.
WHAT YOU MIGHT HAVE MISSED THIS WEEK!
NEW DADS AT NEXT TO NORMAL! 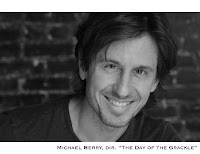 Congratulations to both Michael Berry (above) and Louis Hobson (below) on the births of their new sons!  Mr. Berry is the understudy for the roles of Dan (played by J. Robert Spencer) and the doctors (played by Louis Hobson), and Mr. Hobson plays Dr. Fine and Dr. Madden.
The Berry's (he and wife Sarah Uriarte Berry) welcomed twin boys earlier in the run of next to normal - they also have other children, while the Hobsons welcomed their new son (and second child) to the world week before last.

For more specific details, check out Kyle Dean Massey's video blog, part 3, at Broadway.com.  If you haven't checked it out yet, you should!  Parts 1 - 4 have been very interesting and funny.  The most recent edition has Massey talking about the lighting of the show.  Even if you haven't seen next to normal, if you enjoy theatre, you'll enjoy this glimpse backstage at the pretty unglamorous running of a Broadway show.


TICKETMASTER MERGER
I'm not sure how to feel about the Ticketmaster/Live Nation merger which was announced this week.  I mean, to date, Ticketmaster is probably the least user-friendly online ticket site - if you don't like the seats they choose, you have to try again much later to see other ones.  And don't get me started about the less than Jersey Shores quality of their live support!
On the other hand, maybe a merger with another company will make policy changes faster.  Didn't Ticketmaster promise easier seat selection for Broadway shows eons ago?  Then again, it is Live Nation, who runs theatres (or ran...maybe they got out of live theatre recently?) like an Army platoon.  Talk about bad service!  Have a complaint with Live Nation?  Keep it to yourself!  Like everything else, I hope for improvement, but it has been my experience that the bigger a company gets, the less they worry about us lowly consumers.

LET'S HEAR IT FOR THE BOYS!

Yet another reason I wish I lived in New York: Broadway Bares events!  I think I mentioned in a previos blog that today, January 31, 2010, there will be a Broadway Bares event at Splash in NYC.  It is called Broadway Bares: Solo Strips and there are two shows: 8PM and 11PM.  Admission is first come, first served, and is $10.00.  Pretty cheap!  Seven of Broadway's hottest guys will be doing their thing: Joshua Buscher (West Side Story), John Carroll (A Chorus Line), Tony James (The Lion King), Nick Kenkel (Peep Show, Legally Blonde), Kenway Kua (Wicked), Anton Harrison LaMom (The Phantom of the Opera, Movin' Out), and Daniel Robinson (Hairspray).  Here's a little preview: 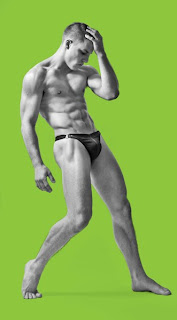 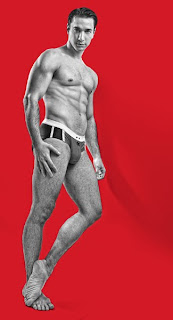 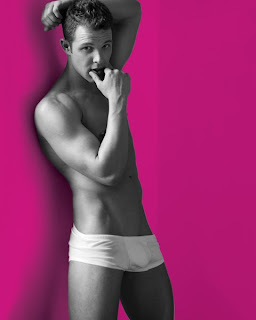 
For much more information about the whole Broadway Bares organization go to their awesome site at http://www.broadwaybares.com/.
YOU GO GIRLS! 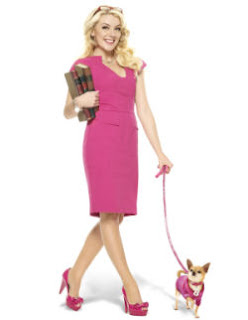 I am so pleased to hear that one of my favorite shows in recent years - Legally Blonde - is getting the reception it should have gotten here.  Too bad all of the huzzahs and B.O. lines are in London!  Seems Elle and company are the toast of the West End.  Critics admitted they loved it - apparently, they get the joke AND understand that musical comedy doesn't all have to be droll and self-congratulatory for its wityy urbane snootiness.  Shortly after it opened, the producers announced ticket sales into 2011! 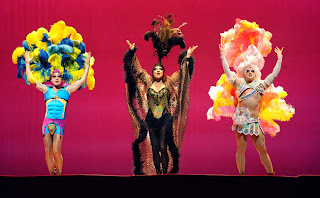 And another show I can't wait to see here, and which is apparently Broadway-bound, is Priscilla, Queen of the Desert.  I know, does Broadway really need more spandex, drag queen, 70's pop song musicals?  Probably not, but if you are tired of Mamma Mia!, and La Cage aux Folles  is too Jerry Herman for you, maybe you should think about hopping a ride on Priscilla!  That show also recently announced ticket sales into 2011 for its London engagement.  Let's hope the NY critics and theatre-goers alike get the joke on this one.  It sure looks like fun. 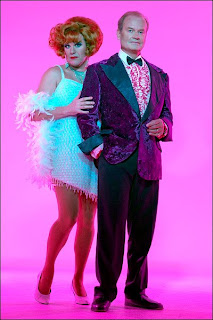 Speaking of drag queens in general and La Cage aux Folles specifically.  They have finally released some press about the upcoming revival, starring Kelsey Grammer.  It is, simply a picture.  And here it is.  Douglas Hodge (London import) as ZaZa, looks pretty sexy - great legs, and Kelsey looks like, well, the only thing he seems to do well, Fraiser.  And an impatient, uncomfortable Fraiser at that.  Here's hoping the boys have more romantic chemistry than this picture shows.  Or is this part of the revival's reported "grit" factor?  Hmmm.  The logo, on the other hand, is fun, but also, dark and sexy... maybe that's the "grit"?  I can't wait to see how they dirty up a Jerry Herman musical! 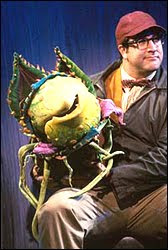