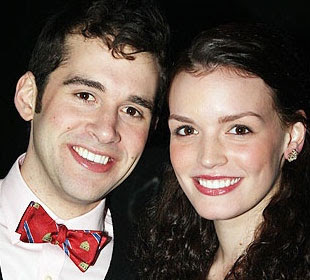 next to normal STARS IN NEW SHOW AT JOE'S PUB
Remember my New Year's resolution to see more theatre-related shows? Well, two of the stars of myfavorite show, next to normal are teaming up for a show at Joe's Pub. This is just the sort of show I meant. Why oh why can't I live in New York!!?? Adam Chanler-Berat and Jennifer Damiano, who play boyfriend and girlfriend in the show will be doing a new act together at Joe's Pub at the Public Theatre. The show will feature them in duets and solo numbers of songs that inspired them to love music. Ah, to be so young and be so inspired! The show will be February 3 at 9:30PM. Tickets are $20 and available at joespub.com. The concert is part of the Sh-k-boom and Ghostlight Records concert series. Ghostlight released the OBCR of next to normal.

KYLE DEAN MASSEY DOES VIDEO BLOG FOR BROADWAY.COM
Speaking of my favorite show, next to normal, as you know (since you are all so faithful to my blog :-)) Kyle Dean Massey just joined the cast of the show permanently replacing Aaron Tveit as Gabe. Well, apparently re-joining the show isn't enough for Mr. Massey, because he is now doing a video blog for Broadway.com. In the first episode, we find the newly dark-haired and scruffy Kyle on his way to his put-in rehearsal. Also featured in the first episode is the show's dresser, a dance person who runs the rehearsal and co-star Adam Chanler-Berat. It is fun and a cool way to see the backstage workings of one of Broadway's biggest hits. Here's the link: http://www.broadway.com/videos/show/next-to-normal/next-to-normal-life-kyle-dean-massey-1/ 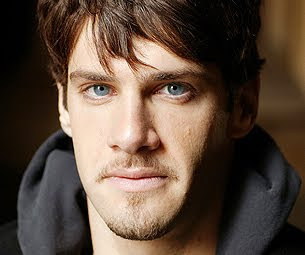 Who says dreams don't come true? It was confirmed this week that Justin Bartha of The Hangover and National Treasure I & II will, in fact be joining the company of the forthcoming Broadway revival of Lend Me a Tenor, directed by Stanley Tucci and starring Tony-winner Anthony Lapaglia. The show starts previews March 11, and is scheduled to open April 4. Sign me up for front row seats! 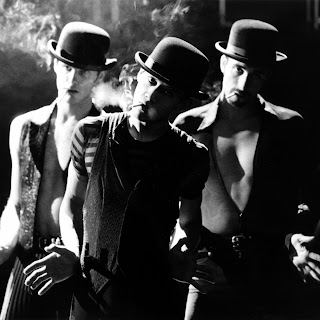 CHICAGO BECOMES BROADWAY'S SIXTH LONGEST-RUNNING SHOW!
Bob Fosse would be so pleased to find that one of his last, greatest creations, Chicago is really finally getting its due. Back in 1975, for every success his show had, more success was had by a little show called A Chorus Line. The stories of the rivalries between casts and Fosse dancers vs Bennett dancers are legendary. And it is an Oscar winning film! But the revival that doesn't look even close to stopping will become the 6th longest-running Broadway show, passing the run of Disney's Beauty and the Beast with performance number 5,462 on Tuesday, January 12. Assuming they play 416 shows a year and that they keep the same performance schedule, they will play their 6,137th show on Saturday, August 27, 2011 at 8PM to tie A Chorus Line, and performance 6,138 on Sunday afternoon, August 28th to beat its run. A wonder who'll be Roxie and Velma then? Allie Trimm and Brynn Williams? 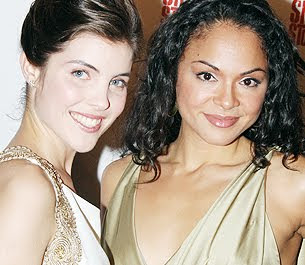 A BOY LIKE THAT WILL HAVE LONG-RUNNING ANITA AND MARIA TO DEAL WITH!

Great news West Side Story fans! Not only do we have two new Tonys, but the lovely and talented Josefina Scaglione will continue in her Tony nominated role as the ill-fated Maria, and her Tony winning co-star, Karen Olivo will also stay on as Anita for at least 6 more months, though neither has set a departure date. Looks like the Palace will be full of Jets and Sharks for the foreseeable future! By the way, have you seen the WSS commercial? Well, when you go to Broadway.com to check out the blog I mentioned above, you'll get to see it. Then look for the video there about the making of the commercial. Very "cool"! 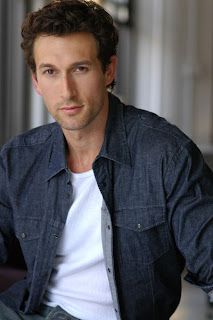 And just to prove that I go to more sites than Playbill.com and Broadway.com, I also faithfully follow Peter Filicia's thrice weekly column on Theatermania.com. Regular readers of this blog know I don't always agree with the guy, but he is good and fair. Anyway, his Friday column was devoted to my Mr. January, Aaron Lazar, one of the stars of A Little Night Music.

Here's a link: http://www.theatermania.com/peterfilichia/. Go to the January 8th column.

Comments? Leave on here or email me at jkstheatrescene@yahoo.com. Jeff