On the Radar: Whisper House 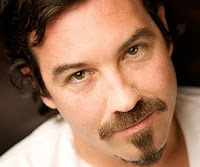 Notes to Self: 1. When buying Green Day's American Idiot CD, also purchase Duncan Sheik's Whisper House. 2. Seek help! You are excited about another show with a "dark side."

OK, to be fair to "Self," I have always been drawn to ghost stories and such things. You know, early Stephen King (love my girl Carrie) and Dean Koontz, and, of course, the master of creepy - Edgar Allan Poe. So it should be of no surprise to myself that the content alone of the new musical Whisper House intrigues me and gets my creative juices flowing. The story and point of view are more than interesting: Christopher, an 11year-old, lives in a haunted light house with his Aunt Lilly during WWII and following his father's death. But get this - the story of their grief and longing is told as seen through the eyes of the ghosts who live there, too! COOL!

Now add to it that Duncan Sheik, who wrote the music to one of my all-time favorite shows, Spring Awakening wrote the music and lyrics (along with a book and additional lyrics by Kyle Jarrow) to the show, and my imagination is firing on all cylinders!!! 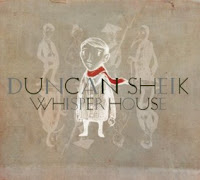 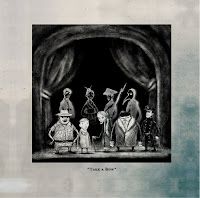 The CD Cover and one illustration

The "show" started as a concept CD released by Sheik. In addition to the music, the CD includes illustrations (above) depicting different moments in the story. Sheik will also be doing a mini-tour, singing songs from the show. 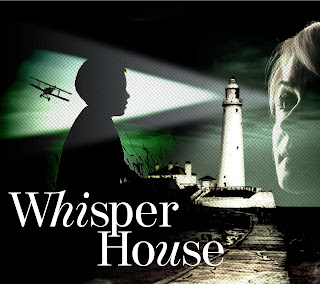 Artwork for the Old Globe production

The World Premiere production debuts next week at San Diego's Old Globe Theatre, running January 13 - February 21, with the official opening on January 21. The production stars Mare Winningham, most recently seen in another "On the Radar" show, Bonnie and Clyde. The male and female ghosts are all played, respectively by David Poe and Holly Brook, who sing all of the songs. Whisper House is directed by Peter Askin.

Sheik is also working on two shows with his Spring Awakening collaborator, Steven Sater: Nero (Another Golden Rome) and The Nightingale.

And all of this is good news for the future of musical theatre!