Since each month I highlight one guy from the New York theatre scene, it is only fair to do the same for one of Broadway's many wonderful ladies each month.

This month, I thought I'd highlight an up and coming young actress whose entire Broadway career so far has been made by appearing in Sondheim revivals. I am speaking, of course, of Leigh Ann Larkin, currently appearing in A Little Night Music alongside several wonderful actresses, not the least of which are Angela Lansbury and Catherine Zeta-Jones, and includes Erin Davie and Ramona Mallory.

Like most people, my first encounter with Miss Larkin was when she appeared as Dainty June in the LuPone revival of Gypsy. In that cases, again, she was surrounded by no less than three Tony winners, including Patti LuPone and Laura Benanti.

In merely two shows, she has appeared with two Broadway legends, an Oscar winner, and at least three outstanding current talents. And that doesn't even count the men she's appeared with! Still working with that caliber of talent must be awe inspiring and maybe even a little unnerving. That she more than holds her own in such company speaks volumes for her presence, professionalism and talent.

Leigh Ann has also appeared regionally as Evelyn Nesbit in the Kennedy Center production of Ragtime, and has made several television appearances. But it was her earthy, sensual performance as Petra, the worldly maid in Night Music that really caught my eye this month. (Unfortunately, I have been unable to find a picture of her as Petra. If you have one, please send it in! I'll add it.)

Here's hoping that this is just the start of a long, stories career to match that of her famous co-stars! 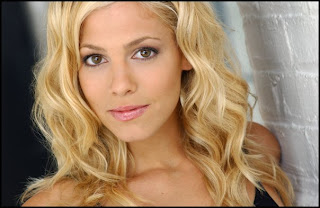 Leigh Ann has lovely headshots, whether they are in color... 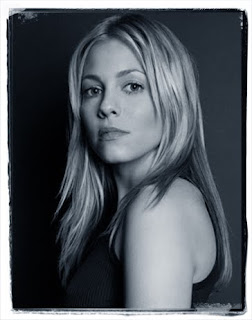 ...or black and white! Her website has several more, and they are all good! 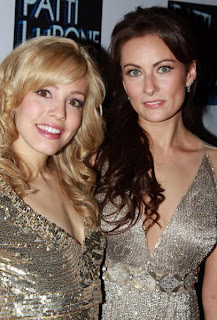 Leigh Ann and Laura played sisters in Gypsy, but on opening night, they were glamorous gal pals! 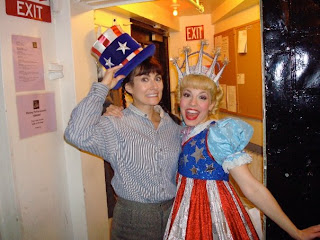 Backstage, it was fun and games for Dainty June and Dainty Louise... 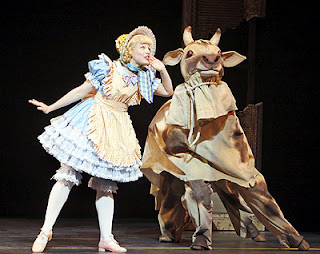 ...but onstage, they were all business! Mama Rose would have it no other way! 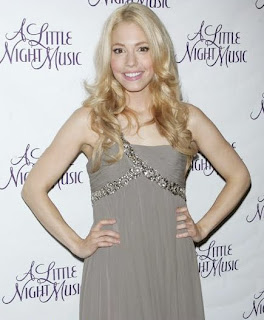 A couple of years later, and it's another Sondheim opening for Leigh Ann Larkin!

Suggestions for future Mr. amd Ms. Broadway? Leave them here or email me at jkstheatrescene@yahoo.com. Jeff