The first show of the 2010 - 2011 season hasn't even started previews yet, and already they are lining up shows for 2012!  Just this week, three major revivals were announced for that year.

As I've blogged about several times already, the current season looks to be chock full of great opportunities for male musical roles.  2012 looks, so far to be just the opposite.  The three revivals announced created 4 major musical stars in their original versions... will lightening strike thrice and give us four new divas for the ages?  Only time will tell!

Annie - This will be the second revival of the show, and in honor of its 35th anniversary.  The last revival, the 20th anniversary edition was a disappointing flop, even with the late great Nell Carter as Miss Hannigan.  Still, the original production gave us a star-creating turn for little Andrea McArdle, and a star-affirming turn for the late great Dorothy Loudon.

The New York Times reports that a new production team will be assembled and that the script by Thomas Meehan will be "revised in the structure and dialogue departments."  (What does that leave to be left alone?)

Funny Girl - The first ever Broadway revival of this 1964 classic will be directed by Bartlett Sher.  Producers claim to be looking at both new talent and Hollywood types alike for the role of Fanny Brice, the part that put one Barbra Streisand on the map.  And they have already addressed the notion of Lea Michele playing the role, which would no seem to cover "Hollywood types," given her huge success in Glee.  They admit she would be wonderful, but pretty much dismissed it, given her two year commitment to the TV blockbuster. 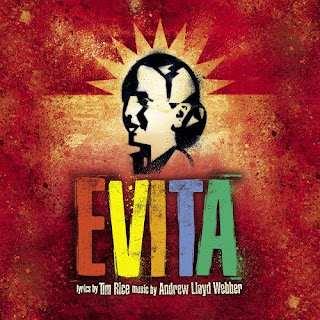 Evita - At last, it looks like the 2006 London revival will make it here 6 years later.  Directed then as it will be now by Michael Grandage, choreography will be by Rob Ashford (I'd hate his schedule!), and London star/Argentine actress Elena Roger will repeat as Eva Peron.  The big New York news is that Ricky Martin has been signed to play Che.  The show made stars of Patti LuPone and Mandy Patinkin.  Will this show make a star of Roger and re-invigorate Martin's career?

Certainly, the coverage in Newsweek should help ignite controversy.  Can't you just see the headlines now?  "Can Broadway Take a Gay Che?"  Sorry, I couldn't resist.  Actually, what is more interesting to me is that, depending upon timing and the success of each show, Martin could be playing Che the same time the film version's Che, Antonio Banderas, is playing Zorba.

At any rate, if these shows make it, it will be nice to have revivals that reflect different eras with lots of star-making potential.