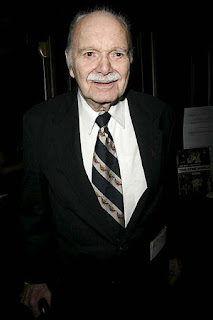 Back in the old days, when everything you wanted to know wasn't readily available after a Google search, we had to rely on reference books for our information.  And back before Amazon.com was even a thought, you often had to rely on your local library to stock certain refernce books.  As you might have guessed, the reference books I was most interested in weren't generally among the stacks at my local suburban/rural public library.  Theatre books of any kind were few and far between, though literally every single public library I've ever been in anywhere in the United States seems to have a hardbound copy of the libretto to The Sound of Music.

It was during a trip to such a library during high school, that I opened one of those librettos and discovered a oublishers notation: The Fireside Theatre.  A book club!  Well, I couldn't get home fast enough to write a letter to The Fireside Theatre, in hopes that I, lowly high school student, might join.  Apparently, I said the magic words because a few weeks later, I received my first catalogue of monthly selections.  Featured was a volume entitiled Theatre World, Vol. 39: 1982-1983.  It was the most expensive book in the catalogue, but I just had to have it.  So, I sent off one of Mom's checks, and about a month later, I finally got the book.  What a rush!  (And ever since then, I spell the word with an "re"!)  Today, facts are instantaneously gotten, and even more data available the day OF an event, not more than a year later.  But there is something about those books.  I am certain that I am not the only person reading this blog who collects them or something like them.

Needless to say, I read that volume from cover to cover, taking in every fact, statistic, replacement actor, understudy and theatre address my little eyes could take in.  And the pictures!  Black and white production photos - different ones than those I clipped out of The New York Times - accompanied each show listing.  Thus began my love affair with Broadway statistics and the man who gave them to me yearly, John Willis.

John Willis' Theatre World Then and Now
Mr. Willis, recipient of the 2001 Special Achievement Tony Award, was the editor-in-chief of that annual for more than 40 years.  And by all accounts, he was Theatre World.  He personally fact checked each page.  Talk about a fan!  The man lovingly cobbled together one of the most detailed and accurate reference books 've ever come across on any subject, and he did the same for its companion volume, Screen World.  A particularly loving and poignant obituary, written by his long time friend and colleague, Peter Filicia, can be found here.  And a wonderful tribute by Bruce Weber of The New York Times can be found here.

The editor also oversaw the Theatre World Awards, given every year to a dozen actors making their New York stage debut in an auspicious manner.  Older than the Tony Awards (it was first given out for the 1945-46 season), the list of its recipients reads like a who's who of stage and screen.  Mr. Willis gave notorious parties to honor the recipients at his Riverside Drive home from the 60's through the 80's.

An addition to his work in the literary world, he was an actor, a teacher and a veteran of the Unites States Navy Resereve, which he served in during WWII.

John Willis passed away on Friday, June 25, 2010 at the age of 93 due to complications with lung cancer.  In lieu of flowers, his estate has asked for donations to be sent to: Theatre World, c/o Riverside Drive, #1D, New York, NY 10024.

Thank you, Mr. Willis.  Your work touched and solidified this writer's life long love of the theatre.  My check, like that first one over 25 years ago, is in the mail.
Posted by JK at 12:01 PM