THE THRILL OF MY BLOGGING YEAR! 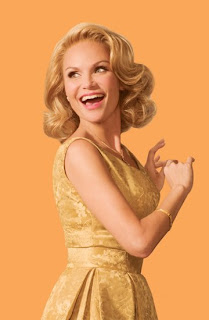 I had no idea that my review of Promises, Promises would strike such a chord with readers of this blog.  I've gotten so many comments posted on the review, plus many emails.  I'm not exactly sure why my little diatribe got to so many of you, but I'm glad it did.  I have a feeling that more and more of us, who are serious theatre patrons and lovers of all things staged, are getting more and more dissatisfied with the critical press.  This show, in particular, seems to have been the one where the line has been drawn in the sand.

Of course, much of it may also have to do with the flurry of media attention on that unfortunate Newsweek article that included one of the show's stars as an example of a point the writer was trying to make.  I included a response to that as part of my review - I just couldn't let it drop.  It needed to be addressed.  As most of us know, Kristin Chenoweth, felt much the same way and wrote a distinguished and equally news making response to the original article.  The press has also been particularly vicious about her take on the role of Fran Kubelik in Promises, Promises.

So, imagine my excitement that not only did Ms. Chenoweth read my review, but was moved to Tweet about it!  I have so much respect for her values, her talent, and her courage to say "enough is enough."  To find even a small measure of validation always feels good, but this is a true honor.

AND THEN THERE WAS ONE...

With the passing of Rue McClanahan, only one of TV's legendary Golden Girls is left.  All three of the girls who have passed away had Broadway credits: Estelle Getty, who passed away in 2008, appeared as Harvey Fierstein's character's mother in Torch Song Trilogy; Ms. McClanahan appeared in Wicked, and was, arguably, the most famous Madame Morrible to date; and Broadway legend and Golden Girl Bea Arthur, who passed away last year, notably appeared in Fiddler on the Roof and Mame.  Only Betty White, who is in the midst of a major career resurgence, remains, and she is the only one not to have appeared on Broadway.  (According to IBDB, a Betty White appeared on Broadway, but that was well before our Betty was even born.)  Maybe now would be a good time to start a Facebook petition to get her on Broadway!

MAZZIE/DANIELEY ARE THE NEW GOODMANS

Ever since it was announced that Alice Ripley was leaving next to normal, I have been wracking my brain trying to think of a Broadway actress that could handle the powerhouse role.  I thought maybe Donna Murphy, but I never thought (to my shame) of who they got: Marin Mazzie.  I have loved her work ever since I saw her in Big River back in 1986!  Since then I've enjoyed her in Passion, Ragtime and Kiss Me, Kate (Tony nominated for all...).  And she should make a wonderful Diana - she can certainly handle the score.  Then, the addition of her real-life husband, Jason Danieley, as Dan, Diana's husband, opens up a whole new range of possibility.  His work has also been amongst my favorites both in The Full Monty and Curtains.  Imagine what depth a real couple could bring to this piece!

And you know I already have tickets!  Look for my review later this summer.  I can't wait!

BROADWAY BY THE NUMBERS
174: The number of hours until the Tony Awards start (175 until they start on TV) when this posts at noon
3: The number of off-Broadway shows announcing their possible transfer to Broadway this week (Bloody Bloody Andrew Jackson, The Kid and Al Pacino's Merchant of Venice)