Well, here we are already in mid-June, and it is time to name this month's Ms. Broadway.  The young dancer/actress I chose this month has long been a favorite of mine.  She is a charismatic presence in every scene, she creates full characters with few or no lines, knows how to chew the scenery just enough to be fun.  She sings like a bird and man, can she dance.

Currently, she is appearing in Promises, Promises, and has also appeared in a featured role in Curtains.  LA audiences might have seen her in Irving Berlin's White Christmas, and Chicagoans may have thrilled to her version of Glinda in Wicked. 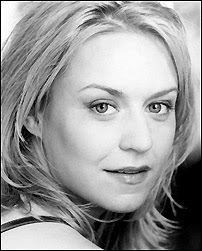 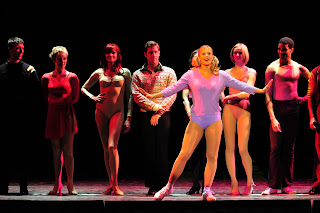 From her regional theatre days...
as Val in A Chorus Line... 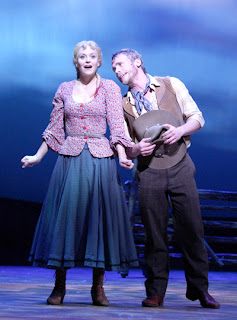 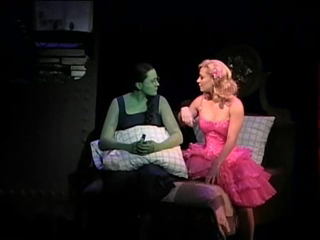 As "Popular" Galinda in Chicago's Wicked
(opposite Dee Riscoli as Elphaba) 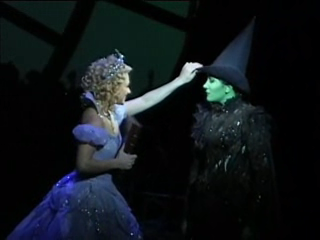 Again as Glinda in Wicked
(She understudied the role on Broadway, as well) 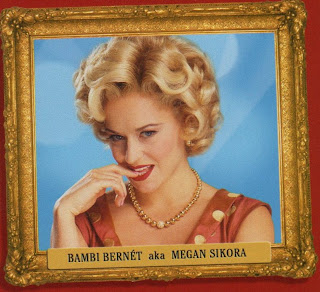 Here is her "suspect mugshot"
for the program of Curtains 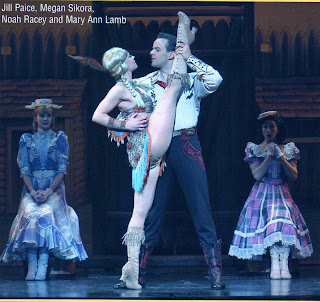 Here she is in Curtains during the "Kansasland"
sequence, with Broadway hottie, Noah Racey! 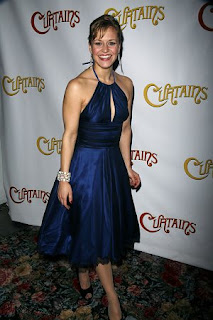 And she is just as lovely at the
opening night party for Curtains!
Ms. Sikora has also appeared on Broadway in Thoroughly Modern Millie, Dracula: The Musical, and 42nd Street.  Currently, she is tearing up the dance floor as Miss Polansky in the "Turkey Lurkey Time" number, and as Brooks Ashmanskas' mistress in Promises, Promises. 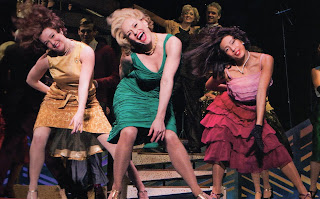 "Turkey Lurkey Time" indeed!
Megan is in the center!
Comments?  leave one here or email me at jkstheatrescene@yahoo.com.
Jeff
Posted by JK at 12:01 PM