One That Got Away: Floyd Collins

Every season, there are those shows I really want to see, but for a variety of reasons, I somehow miss them.  Most of them slip from memory soon enough, but a few nag at me because they have gone on to become well-regarded pieces of theatre.  This season, I know I really missed the boat by not ever getting around to God of Carnage and Red.  I suspect both will have long regional lives, and I'll probably get to them in one form or another. 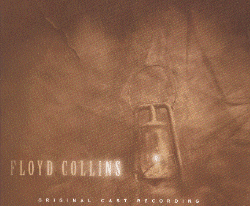 Another that I really wanted to see, but won't get to before it closes is The Burnt Part Boys, though I have a feeling this one will go into the "slip from memory" category.  But it did return to my memory one show that I continually kick myself for not seeing, Floyd Collins, which shares with Boys a cave/mining accident as a major part of the plot. 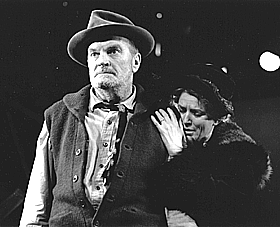 The 1996 Production Photos
With a book and direction by Tina Landau (she has had something to do with most of the major productions of the show, too) and a score and lyrics by Tony winner (for Light in the Piazza) Adam Guettel, Floyd Collins came to be as a musical just before the turn of this century, at a music theater festival, followed by a full-scale production in 1996 at Playwright's Horizons with a cast which included: Christopher Innvar, Stephen Lee Anderson, Cass Morgan, Jason Danieley, Martin Moran, Brian d'Arcy James and Don Chastain. 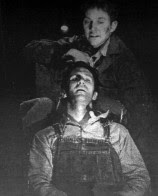 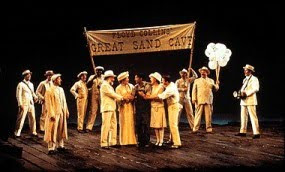 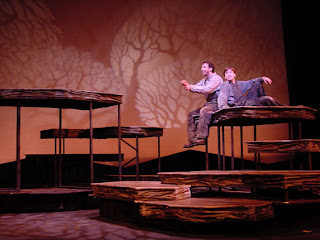 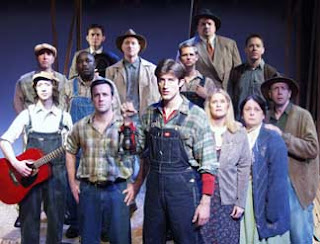 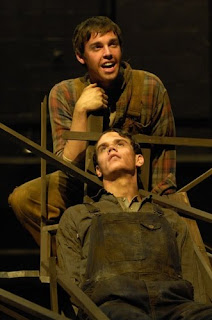 The NYU Production
I love the score, the unique sound and the acting that comes through on the cast recording.  And never having seen it anywhere, I can still let my imagination do the directing: I close my eyes and I am in the cave Floyd. 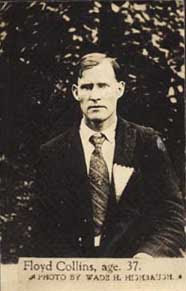 The "Real" Floyd Collins
Do any of you have shows that you love but have never seen a full production of it?  Share with us!