Here's an (almost) all "by the numbers" edition of this weekly blog!

LAST THREE DAYS TO VOTE IN THIS MONTH'S POLL!

OOPS!  I MISSED ONE!
In my survey of the best Broadway plays of the decade, I missed one completely when compiling my list.  I do not negate the 20 I've already chosen, but this was a special play that is deserving of much more attention than it got (it opened just before the big strike a few years ago, and never regained momentum).  Let's call it number 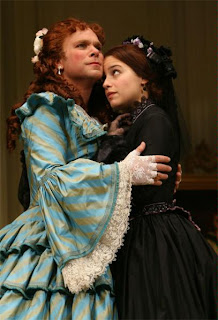 10B.  Is He Dead?:  A play that is more than 100 years old is nothing.  But an over 100 year old play by none other than Mark Twain is newsworthy.  And this surprisingly funny farce/comedy was a riot, due in large part to both the writer, whose comedy chops are undisputed, and a Broadway cast full of Broadway stars.  Norbert Leo Butz and the likes of Jenn Gambatese, David Pittu and John McMartin  came together to make a mistaken-identity play feel fresh and alive.  Melodrama hasn't played this well since Snidely Whiplash!  And Butz in a dress proves that the old drag as disguise bit can be fresh and funny in the right hands. 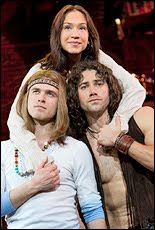 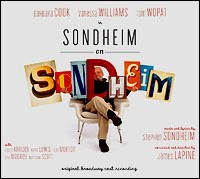 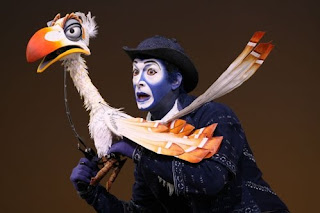 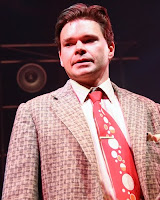 
Comments?  Leave one here or email me at jkstheatrescene@yahoo.com (note spelling!)
Jeff
Posted by JK at 9:56 PM