It may seem, at first glance, that the theatre art created by Ken Fallin and today's artist-in-focus, Justin "Squigs" Robertson are very similar in style.  In fact, their careers are very similar; theatre caricature is a very specific art form.Like, his colleague, Robertson counts master illustrator Al Hirschfeld as a primary influence, as well as an obvious love of for live theatre.

Robertson's work has filled computer screens all over the world as the featured artist on Broadway.com, and has been used as both the logo and primary set design element for the Music Theatre West production of Forbidden Broadway (not to be confused with Ken Fallin's work with the off-Broadway production).  "Squigs" also created the logo and poster for last year's Broadway Cares Flea Market.  He has even done a piece memorializing the Broadway-bound Kennedy Center production of Follies.

For much more information, go to http://squigsink.com/. 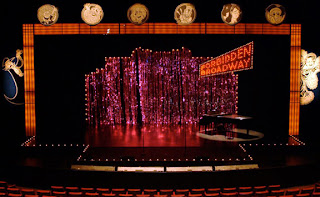 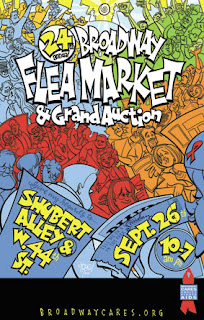 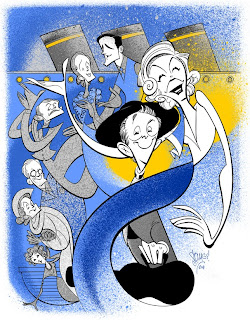 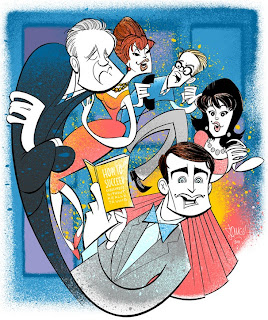 Anything Goes and How to Succeed in Business Without Really Trying 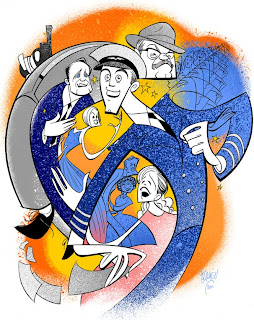 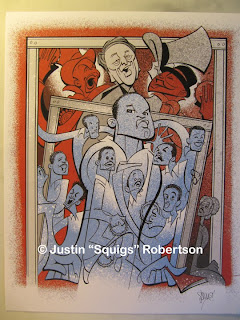 Catch Me If You Can and The Scottsboro Boys 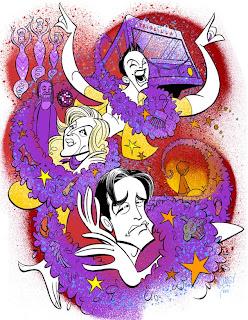 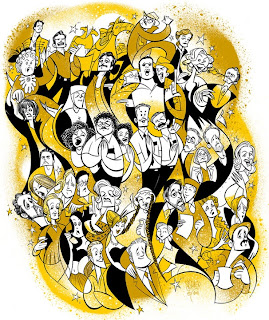 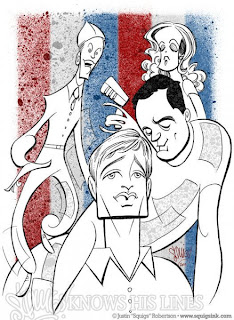 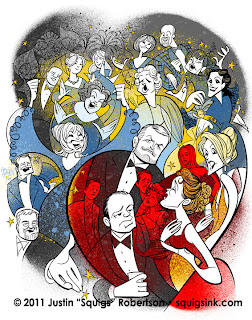 All of the above images are copyrighted by Justin "Squigs"Robertson


Rate this blog series below!
Comments?  Leave one here, email me at jkstheatrescene@yahoo.com or Tweet me.
Jeff
2.312
Posted by JK at 12:01 PM