On July 22, the world lost a great talent and a really nice man.  Last Friday, Broadway, film and TV veteran Tom Aldredge passed away.  TV and film fans know him from The Sopranos, Boardwalk Empire, What About Bob?, Cold Mountain and more than a dozen other titles.  He was that guy who played cranky old men, weathered guys with a backbone and kindly gentlemen.  Probably, he was that guy who's show up on screen and you'd think, "I've seen him in so many things!"

But Broadway fans know him as a first class actor whose stage career spanned over five decades.  Equally at home in plays and musicals, Aldredge began his career in the new musical The Nervous Set.  He went on to star in revivals of The Iceman Cometh, Where's Charley?, and The Little Foxes.  He also originated roles, most notably in On Golden Pond, and musicals like Into the Woods and Passion.  In his most recent stage appearances, Mr. Aldredge mostly worked for the Roundabout Theatre Company, appearing in such works as Twelve Angry Men, 1776, The Crucible, and Twentieth Century.  With nearly 30 Broadway credits to his name, Aldredge was nominated for a Tony Award five times, including for his work in Sticks and Bones, On Golden Pond, The Little Foxes, Where's Charley, Passion and most recently, Twentieth Century.

He shared the stage with such luminaries as Bernadette Peters, Donna Murphy, Elizabeth Taylor, Frances Sternhagen, Alec Baldwin, Anne Heche, Liam Neeson, Laura Linney, Boyd Gaines, Phillip Bosco, George C. Scott and Charles Durning.  And he shared his life with another Broadway legend, costume designer, Theoni V. Aldredge (a blog about her can be found HERE)  Sadly, his wife passed away just 7 months ago, on January 21, 2011. 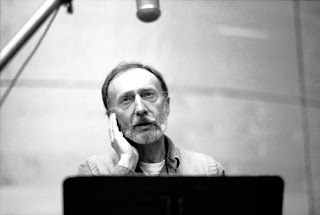 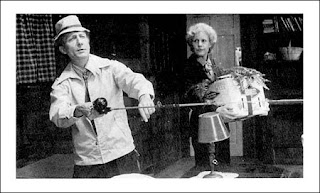 On Golden Pond with Frances Sternhagen 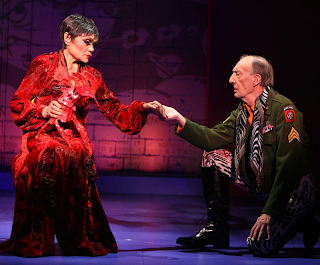 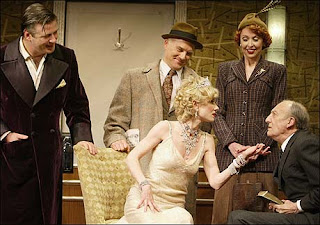 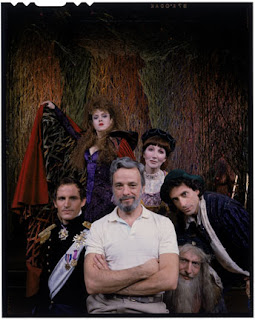 Into the Woods with Bernadette Peters,
Joanna Gleason, Chip Zien, Robert Westenberg,
and composer Stephen Sondheim
I had the privilege of seeing Mr. Aldredge in both Into the Woods and Passion.  One of the times I saw the latter show in previews, he graciously signed dozens of autographs and pose for pictures.  But he also took the time to look at each fan, patiently answer questions, and even asked what we thought of the then-struggling show.  He listened intently to each and every one of us.  He was the very epitome of the working stage actor - abounding with talent, a sincerity that audiences could relate to, and an abundance of grace.  He was a true class act.  Broadway will miss him.  This fan will, too.

Here is a sample of his Tony-nominated work.  In Passion, he played Dr. Tambouri.