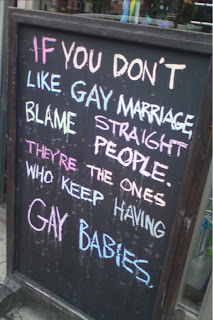 When one considers the vast impact of gay and lesbian people on the theatre community, it should be no surprise to anyone that the community has been and will continue to be a loud and proud voice in the continuing fight for equal rights for all LGBT citizens in this country.  The history of theatre across the globe is full of writers, designers and actors that are homosexuals.  It wasn't all that long ago that people, even people of relative fame and in the relatively safe environment like the theatre community, could publicly declare themselves gay or lesbian.  It has been even more recently that the same people could publicly recognize their partners.

Thankfully, for members of the theatre family in New York, at least, another barrier to full equality has been torn down, and just yesterday, same-sex marriage became legal in the state.  The Broadway community - as it does with so many national issues of concern like the AIDS epidemic and natural disaster relief  - has taken the lead on the front lines of the issue of gay rights.  One major group, Broadway Impact, had much to do with getting this legislation passed.  And they will continue to fight any and all issues of equality.
Broadway also knows how to celebrate and commemorate.  Four-time Tony-winner Audra McDonald will be singing at the very first ceremony, officiated by Mayor Bloomberg.  Then there is the always irreverent, timely and inspiring Avenue Q.  Rod and his rent boy lover, Ricky, announced their engagement and marriage on July 24.  They wanted to be among the very first to tie the know, and all before the 3PM matinee! 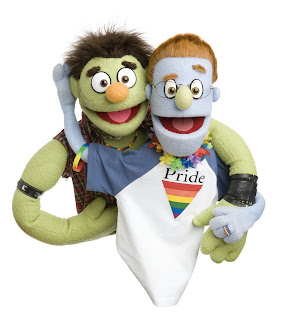 How fitting that Hair is back at the St. James Theatre and what has truly become a summer of love.  The cast, crew and Public Theatre (the producers of the show), along with Jujamcyn Theatres (which runs the St. James, and its leader, Jordan Roth, a gay man himself) will be sponsoring the marriage ceremony several same-sex couples following this evening's performance of Hair.
Here is a partial timeline of events leading up to tonight's celebration: 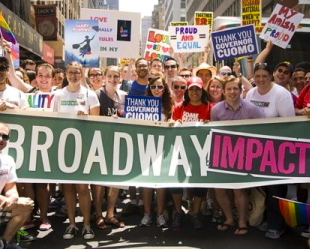 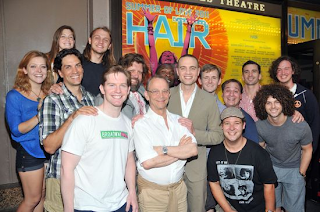 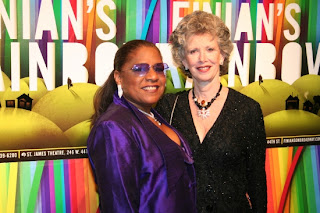 Though the LGBT community has many more hurdles to climb over on the journey towards complete equality, let's all pause for a bit to reflect on how far we've come and to offer thanks and congratulations to everyone married today and in the future.