FACES OF THE FUTURE: Ryann Redmond and Nicolas Womack

FOR YOU TO DO AT JK'S THEATRESCENE:
Last week's FRESH FACE was a HUGE hit - you knocked me offline twice!  Since it was such a success, I thought why not make it a regular feature?  Earlier this week, I already had the next one all picked, and then some of you wrote in to ask if I'd add "HOTTEST Stage Couple" to the "HOT/HOTTER" ballot, with many of you suggesting that Campbell and Randall, Steven and La Cienega and Bridget and Twig would all be great choices.  I couldn't agree more - look for that voting to happen soon!  Anyway... ONE of the actors that is a part of those power couples was going to be this week's FRESH FACE, so I thought, why not feature BOTH of the couple?  As it turns out, I'm glad I waited... just today, The New York Times has a feature article with 5 cast members from Bring It On that are all up for HOT/HOTTER AND 2 of THEM are this week's FRESH FACES OF THE FUTURE! (Click HERE to see that article.)

Both of these Broadway newbies made a big impression on me as I watched the show, and in both cases, I thought, "these kids have a long career ahead of them," and "I can't wait to see them in their next show!" (My review of the show is HERE.)  I'm speaking, of course, of Ryann Redmond and Nicolas Womack who play Bridget and Twig in the show. 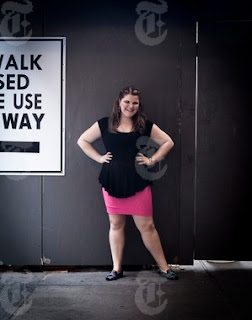 Ryann Redmond is making her Broadway debut.  She's 23 and recently spent three years at NYU.  You can catch her behind-the scenes vlog, "Cheer Factor," on Broadway.com.  Bridget is a funny girl - humor is her weapon - and Ryann seems to have a delightful sense of awe about being on Broadway that is simply infectious! 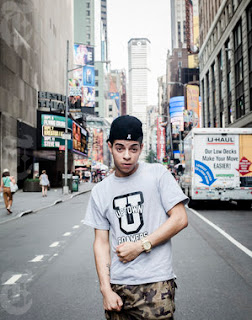 Nicolas Womack is also making his Broadway debut.  At just 20 years old, he's attended AMDA/LA for three semesters before taking on the tour and Broadway engagements of Bring It On.  He plays Twig, a dynamo of energy and swagger, and Womack has the audience in the palm of his hand from start to finish. 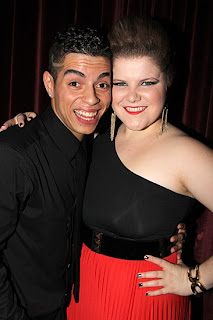 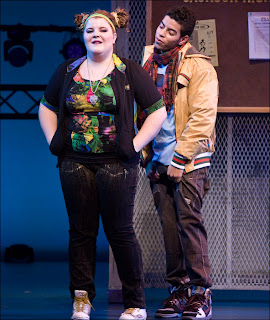 Their energy, joy at being where they are, and a natural chemistry make Bridget and Twig a popular couple in the show.  And the actors playing them are just as energetic and charming.  Both Redmond and Womack have that indefinable "it" factor.  I am sure we will see A LOT from these two in the future.

Here they are, with fellow cast mates performing "It Ain't No Thing" and "It's Happening" at Broadway in Bryant Park on August 17th.  Note Ryann's amazing vocals at the end of the first number and Nicolas' rap during "It's Happening."

Jeff
3.355
Comments? Questions? @jkstheatrescene (Twitter); jkstheatrescene@yahoo.com (Email); or leave a comment below and check a box!
Posted by JK at 7:00 PM

Labels: Bring It On, Face of the Future, Nicolas Womack, Ryann Redmond