The Best Shows You Probably Missed

LOTS TO DO AT JK'S THEATRESCENE:

By this time next week, two pretty terrific shows will no longer be with us.  And you probably missed them, which really stinks for you. 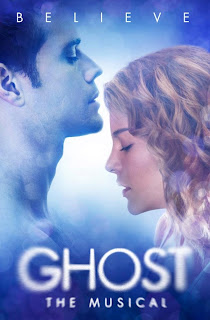 August 18: Ghost: The Musical  will  be closing at the Lunt-Fontanne on Broadway after only 39 performances and 136 performances.  The culprits here - and there are a few - include abysmal advertising and serious over production.

Ghost is essentially a 5 person show - Sam, Molly, Oda Mae, Carl and Willie Lopez.  The writers opened up the show appropriately, I think, with a small ensemble to play the ghosts, Wall Streeters and other small roles.  Unfortunately, a lot of what made that "opening up" work - namely some stylistic choreography, and a couple of really cool ghost scenes - got lost in the overproduction.  I'm sure those giant LED panels that moved in every possible direction cost a fortune and as such all concerned wanted to get a lot of use out of them, but at the expense of telling the story.  The dancers got lost in the silhouettes of themselves dancing behind them.  And the main characters were completely lost in all the electronics, thus rendering any sense of intimacy unnoticeable.

And the advertising - what there was of it - was a poorly photo-shopped pose of Sam and Molly being romantic.  Sure, it hinted at a ghostly presence with white backlighting, and the show poster looks a lot like the film poster.  But seriously, who knows ON SIGHT Caissie Levy and Richard Fleeshman (if it even is them on the posters - the one above features the London replacements) and wants to plunk down over $100 to see them?  Big billboards of Fleeshman shirtless making out with Levy, and a funny picture or two of Oda Mae, and maybe a shot of the cool subway scene would have done more to show tourists in Times Square why they needed to see a film-favorite live on stage. And let's not mention a dull showing on the Tonys...

All of that aside, a lot of the production worked and worked well.  The "ghost effects" were absolutely amazing.  And several times, what they did with those huge panels was breath-taking.  But most of all, the cast is exceptional.  Levy is well on her way to becoming a major stage star, and at just 23, Fleeshman is the sex pot du jour, stunning smile, washboard abs and super belt, with a long career ahead of him.  (I hope he returns and frequently!)  But most importantly, they had chemistry big enough to get past the scenery and the cave that is the Lunt-Fontanne Theatre.  Da'Vine Joy Randolph was sweet and hilarious, proving you don't have to do a Whoopi Goldberg impression when playing one of her roles.  And I really like Bryce Pinkham - an interesting actor who always makes interesting choices.

In the balance, while I can't disagree completely with the critics, I think if you missed Ghost: The Musical, you missed something that pushed some boundaries and some really excellent acting and singing. 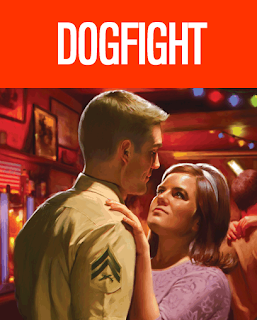 August 19 will mark the close of one of my three favorite musicals of 2012 on or off Broadway, Dogfight, a small musical that got just about everything right.

It features an exciting, superbly executed score by two thrilling new musical theatre voices, Pasek and Paul and a tight but emotion packed book by Peter Duchan.  The direction, by Joe Mantello, is smooth and character-driven, and the choreography by Christopher Gattelli is super exciting.  And the performances, particularly of Lindsay Mendez, Derek Klena and Annaleigh Ashford are just about flawless and all three represent the excellence of the new generation of stage performers.

For the life of me, I cannot figure out why the show hasn't been extended again, or announced a Broadway transfer.  Some of it has to do, I'm sure, with the fact that it has had discounts available during its entire run.  Are the crowds staying away?  Can it all just be the timing of running it during the summer when people leave the city?

I am so glad I got to see it, and pray it has a huge future - PLEASE RECORD THE SCORE! And if you missed the show, you really missed something special. Extra special.

The good news is that you still have 8 more chances to see each show!  If you can get to one or both, do so.  You won't regret it.  And if you already saw one or both, write in and let us know what you thought!