NEW! JKTS Grade Grid at the bottom of the review!

If/Then is one of those shows that is even better the second time around.  Though I had no trouble following the dual story lines the first time I saw the show (original review HERE), I have to say I enjoyed it even more this time for a few reasons.  First, not having to concentrate as hard on taking it all in allowed me to enjoy the performances and staging even more.  Second, being more familiar with the score (my review of the cast recording HERE) allowed me to really look forward to certain numbers, savor the words in context even more, and, I could really appreciate the vocal performances even more.  And, finally, I got to see a really terrific understudy performance (by an actor I always love) that, for my money, improved the experience.

Knowing the basic story and understanding how the stories are crisscrossed and sometimes converge ahead of time allowed me to catch many more details of the different performances, particularly the differences in LaChanze and Jerry Dixon with "Liz" versus "Beth." And, of course the very specific ways Idina Menzel's "switches" between the two, as well as how much the two are very much the same person regardless of the individual circumstances.  Now 100 plus performances in, the whole cast is much deeper into their roles, and the whole thing benefits from that increased depth.  Both Dixon and LaChanze, as well as Tamika Lawrence and Jenn Colella, are giving much more detailed and nuanced performances, and all of the relationships are that much richer for it.  James Snyder is as good as ever, too. 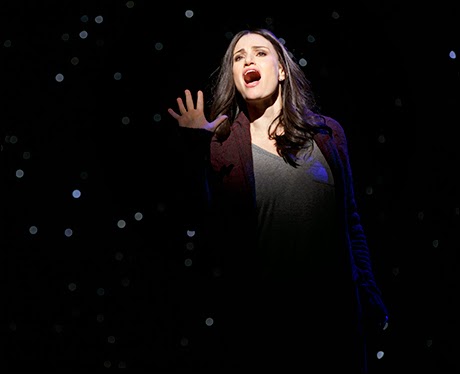 More experience with the piece also reveals just how carefully Brian Yorkey and Tom Kitt have woven together the book and the songs, as well as how much attention to detail - parallelisms and divergences - there is in Michael Greif's direction.  Even Larry Keigwin's choreography, such as it is, is revealed to be important to the proceedings.

After seeing Ms. Menzel earlier in previews, it is great to see how much her performance has grown, and how it makes her big numbers even better.  Her big power ballads were good before, but now "You Learn to Live Without" and "Always Starting Over" have even more impact and emotion; the latter has truly become one of those legendary Broadway moments a la "And I Am Telling You."  And I love her duets as well - "Here I Go" and "I Hate You" with Mr. Snyder are both spectacular moments as well.  Which brings me to another of her duets, "Some Other Me," sung with Lucas. 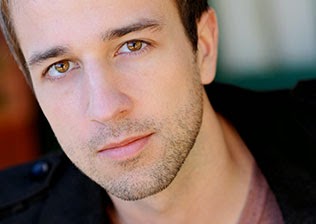 At this performance the role of Lucas was played by Curtis Holbrook, not Anthony Rapp.  I have to say that I much preferred Holbrook to Rapp.  Gone is the specter of RENT in Rapp's absence.  Intended or not, I felt through the show that first time that part of what made the scenes with Lucas and Elizabeth work was the subtext that they were in that other show together.  And, I think it fair to say that Rapp is not so good an actor that any memories Mark are gone.  In fact, it was just the opposite - I always thought I was watching Mark and Maureen "all grown up."  With Holbrook, the role feels more complex and somehow much more sincere.  While he reads somewhat younger than Rapp, it still works very well, with an added sense of youthful urgency.  He is also excellent with Jason Tam; their chemistry is palpable making their number "Best Worst Mistake" all the better.  And he really knocks "Ain't No Man Manhattan" out of the park!

It was recently announced that Mr. Holbrook would be playing the role for several weeks while Mr. Rapp recovers from an injury. I can't recommend strongly enough that you see this important new musical, but even more so now, with him in the lead.  If/Then is in excellent shape - you really need to pay attention to it, no doubt, but if you haven't seen it yet, give it a try.  If you have seen it , a return visit is in order.  Everything about it better than before.

(Please email me and let me know what you think of this new system! I've already refined it based on first comments - thanks!)