Excited About The Broadway Summer Season 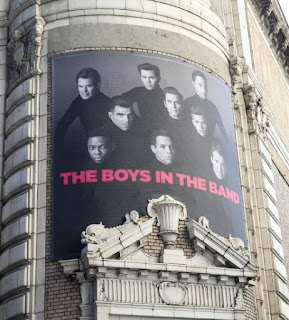 There's a mini-season happening this summer on the Great White Way! 5 shows will have opened between the end of last season and Labor Day.  There's a little bit of something for everyone: comedy, drama, a jukebox musical, a musical based on a movie, and - gasp! - an original musical! There are Broadway and Hollywood stars galore, too!

Here's what I think about each, and what, if anything, I plan to do about each. AFTER that, there's a fast survey for you to share your thoughts.


The Boys in the Band - (Booth Theatre - Opened May 31. Closes August 11) Comedy/Drama; Revival; Stage and Screen Stars. My take: I already have tickets! I'm excited to see the cast, and it's an important play in gay history.  August 4th can't get here fast enough! 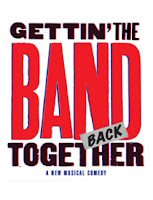 Gettin' The Band Back Together - (Belasco Theatre - Previews July 19. Opens August 13) Original Musical; Some Stage Stars. My take: I have no interest in it. This show has the whiff of It Shoulda Been You without the star power. And have you heard the songs on their website? Yikes!

Head Over Heels - (Hudson Theatre - Previews June 23. Opens July 26) Jukebox Musical; Some Stage Stars, Some Up and Comers. My take: I already have tickets! Okay, like most of you, these jukebox musicals are really starting to wear thin, and the quality is waning. But I love Rachel York, and I've enjoyed watching Andrew Durand's star rise. And I really enjoy the Go-Gos. Plus the creative staff attached to this is impressive. Could be great. Could be a hot mess. Either way, it should be memorable. 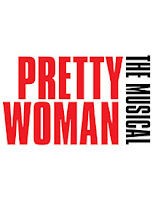 Pretty Woman: The Musical - (Nederlander Theatre - Previews July 20. Opens August 16) Musical based on a movie; Broadway Stars. My take: It's on my must-see list. So, it isn't PC to want to see this, I'm hearing. But I love the movie. To me, she's the one saving him, not the other way around. Be that as it may, I also love the people attached to this. Who doesn't love Andy Karl, Orfeh or Jason Danieley? PLUS the chance to see Samantha Barks and Bryan Adams' Broadway debuts? Sign me up! And Jerry Mitchell always puts on an entertaining show. 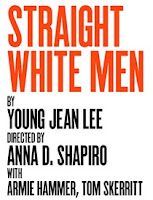 Straight White Men - (Helen Hayes Theatre - Previews June 29. Opens July 23. Closes September 9) Comedy; Big Hollywood Stars. My take: I hope to see it. Given its short run, chances are I'll miss it. But between the provocative title, a hot (as in trendy) young playwright, and the casting of three of my favorite actors, Tom Skerritt, Armie Hammer and Josh Charles, I'll be following this one closely.

Now it's your turn! Pick the ONE best descriptor for each of the Broadway Summer shows, then be sure to click "Finish Survey" in the orange box below the survey box!