The Friday 5: Gay Characters That Influence

In honor of the last days of Pride Month, I offer 5 Gay and Lesbian characters from plays and musicals that have had a huge impact on my life.  There are many more than five, of course, but these stand out to me for a variety reasons. It wouldn't seem right to "rank" them, so I present them in order of their Broadway debut.


Paul San Marco - A Chorus Line (1975)
Seeing Paul San Marco open up about his homosexuality in his monologue was the first time I ever saw someone like me being portrayed on stage. I wept openly. It was a life-changing moment for me.  I suspect I am not alone in this.  A Chorus Line will probably always be my favorite musical, and Paul has a lot to do with that.


Albin/Zsa Zsa - La Cage aux Folles (1983)
In the summer of 1984, my life changed again in many ways, thanks to a Broadway musical.  It was my first trip to New York as an adult, and I went with my first real crush. We saw La Cage aux Folles at the Palace Theatre. There were protesters picketing outside, with really insulting, demeaning placards. My first (and admittedly small) gay pride moment came when we took each other's hand and walked right through the picketers and into the lobby.  And then came Zsa Zsa. Proud, defiant, ripping off her wig and belting "I Am What I Am" before storming up the aisle to thunderous applause. I swelled with pride. What a moment! 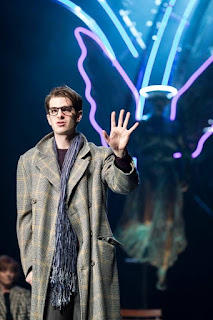 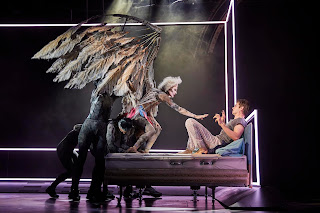 Prior Walter - Angels in America: Millennium Approaches/Angels in America: Perestroika (1993)
I saw Millennium Approaches when it was on Broadway in 1994 during Gay Pride Weekend and I'll never forget it - the emotion from the audience was palpable. I didn't see Perestroika until some time later. And it wasn't until this past season that I saw them all at once. But through every version, one character stuck with me: Prior Walter. You need to understand that I hit my sexual awakening during the height of the AIDS crisis. Fear pretty much ruled my life. And so when I saw Prior live life on his terms and come out on the other side of it all strong and focused. I felt overwhelmingly hopeful.


Dr. Emma Brookner - The Normal Heart (2011)
Though I came to Larry Kramer's masterpiece late, it's impact was in no way diminished.  All of the characters were bluntly honest - the good, the bad, the pretty, the ugly all on display. But it was Dr. Emma Brookner that hit me like a gut punch and made me want to leave the theater and get active. And Ellen Barkin was simply breathtaking.


Alison Bechdel - Fun Home (2015)
If you read the blog regularly, you know that this show means A LOT to me and Alison Bechdel (author, not character) is a personal hero of mine. But the show really opened my eyes and heart to my gay sisters.  Probably the best thing about the show - as far as Alison's growth as a lesbian, anyway - is the universality of her growth.  It should be required viewing for everyone. And thank you, Alison (and Jeanine and Lisa) for "Ring of Keys." It gave that moment in my life a name. (The line below fills my heart to overflowing...) 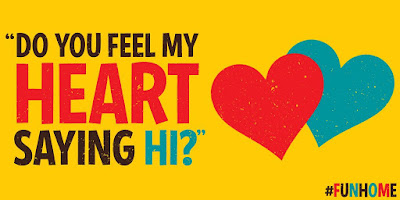