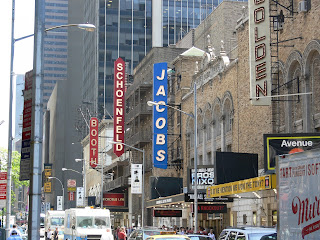 Part of the excitement of seeing a Broadway show for me happens before they even scan my ticket. And with bag checks now, I have even more time to savor this moment. I'm talking, of course, about seeing the marquee for the show I'm about to see.  Shows come and go, but in most cases, the marquee itself becomes part of the memory. Things have changed, for sure - those hi-def screens are a welcome addition. In some cases, they have been spruced up/refurbished.  In the case of the Marquis, the marquee isn't even in the same place! These 5 are my favorite Broadway marquees - even if when the show changes. 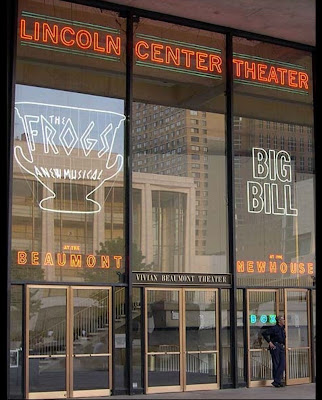 Between the elegant setting of all of Lincoln Center, the huge plate glass windows and the show-specific neon signs, arriving for the show here is like attending the opening of an art installation every single time!

There's something both modern and retro about the Broadway Theatre marquee. The art deco style up against a modern office building is a reminder of the grand old theater from the past, with a new building wrapped around it. 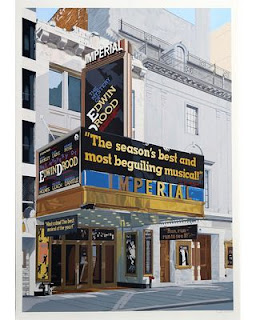 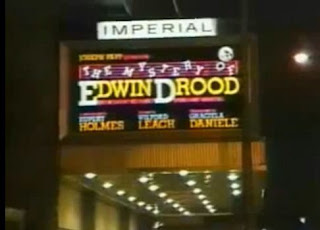 Left: An artist's rendering of the "old" Imperial Theatre entrance
Right: The corresponding back of the theatre. The show signs change, but the frame remains.


Over the years, the marquee in front of the Imperial has undergone a transformation, from the "modern" 60-70's style to a more timeless, classic style with lots of lights, and most recently the over-awning HD screen. The back, on 46th Street, hasn't changed a bit.

My first theater was the Gershwin, but my first wide-eyed Broadway experience was the surprise of walking over to Broadway, and seeing the giant Cats billboard. Over the years, that billboard has changed a few times, but that feeling of awe never really goes away. I always wonder how many kids see the same thing and feel like I did that day in 1983. 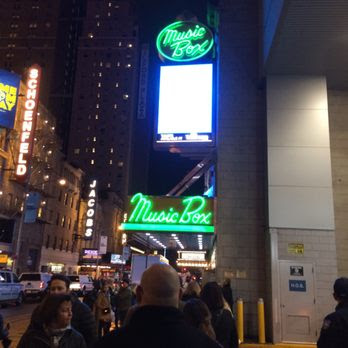 The first Broadway theater with an electric marquee, the awning and marquee top in green has not changed since it was installed. The modern HD screen isn't even that different from what was there before - same size and proportions. 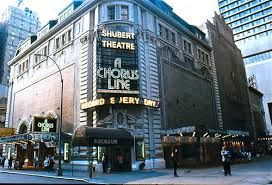 The entire building is iconic, but the marquee awnings on Shubert Alley and on 44th Street allow a hit show a ton of advertising space. But the "corner" marquee and the curb to door awning is pure Broadway! Google it... there are a ton of various versions of the above photos! Save for a few tweaks, things haven't changed that much outside the Shubert Theatre. The definition of "classic."