Since my first Broadway show and my 300th were both revivals, it seems only fitting that my looking back over nearly 36 years of shows begins with my favorite revivals. Over the years, I've been so fortunate to have seen 68 different musical revivals. Some were faithful recreations; many were new takes on beloved classics. All of them offered a glimpse of Broadway history.

What makes a revival a "favorite"? To me, it honors the original, expands the ideas, and through innovation and performance, it offers a fresh, thrilling experience.

Sweet Charity (1986)
One of my first, it remains a wonderful memory. It was a thrill to see a great work done by one of my heroes, Bob Fosse, and having a book by one of my favorite playwrights, featuring one of my all-time favorite scores. Debbie Allen was terrific as were Michael Rupert and Bebe Neuwirth, Tony-winners, both. Later, I saw it with another hero of mine, Ann Reinking, and it was just as sensational. 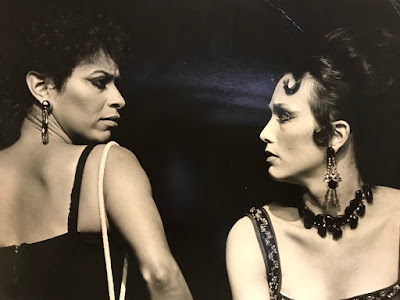 Anything Goes (1987)
This was a show we almost did when I was in high school, so I knew the score by heart - and knowing Cole Porter songs is a great thing. Well, I just had to see Lincoln Center. And I just had to see Patti LuPone's return to the Broadway stage (not to mention a chance to see Howard McGillin, who made quite an impression on me in The Mystery of Edwin Drood). They were great, of course, but to this day I remember the amazing dancing and the energy of the cast. It filled the room, and it was joyous.

She Loves Me (1993)
Interestingly, this next musical on the list is one I saw specifically to see Mr. McGillin again. Turns out he was out that day (rehearsing his upcoming role in Kiss of the Spider Woman), buy boy am I glad is saw it anyway. Boyd Gaines and Sally Mayes made a lasting impression, and as a musical theater fan, to see one of the greatest musicals of all time sure is important. It was pretty close to perfection!

Damn Yankees (1994)
I am embarrassed to admit that at the time I knew nothing about this show - even more so given that two of my idols, Mr. Fosse and Gwen Verdon were instrumental in the the original's success. I went with a friend who loved the movie, and to see Bebe Neuwirth again. Turns out I adored it (and Jarrod Emick) and ended up seeing it four times! I wouldn't mind another turn at bat with this classic... hint, hint any producers who may be reading...

How to Succeed in Business Without Really Trying (1995)
The reason I saw this in the first place was because the pre-Broadway run was a part of my subscription to the Kennedy Center. I was so blown away by it, I went home and ordered tickets to the Broadway production! I loved every single minute of it, especially the score and really clever book. It was so cool to see Ferris Bueller Matthew Broderick, and it was exciting to see three cast members I had never heard of before: Megan Mullally, Lillias White and Victoria Clark! 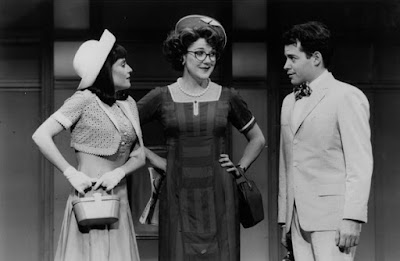 Chicago (1996)
The mother of all revivals, I've seen this so many times, they could call me in to play most of the roles. Over the years, I've gotten to see some really great performers, including Bebe Neuwirth (I guess I'm a fan...), Ruthie Henshall (once as Roxie, once as Velma), Sandy Duncan (the best Roxie I've ever seen), the late, great Marcia Lewis, Joel Grey, James Naughton and many others. Hotcha! Whoopie!

The King and I (1997)
I have to admit that this Rodgers and Hammerstein gem is not really one of my favorites. Which is odd, since I have seen it more than a dozen times over the years in various iterations. BUT this was such a gorgeous production (it made me love red!) and so wonderfully acted, I left the Neil Simon Theater floating on air. Let me just say Donna Murphy and Lou Diamond Phillips were definitive as Anna and the King for me - and that includes having seen Yul Brynner. It is no puzzlement, this version was the best!

Cabaret (1998)
If I had to name the single best revival of a musical I've seen to date, this would be it. I think between this production and the recent recreation of it, I've seen it a dozen times. And so many great star turns, including Alan Cumming, Jennifer Jason Leigh, Jane Leeves, Gina Gershon, Michelle Williams, Neil Patrick Harris, Raul Esparza, Tom Bosley, Hal Linden, Carole Shelley, and two people that really surprised me - John Stamos and Lea Thompson. My biggest regret is that I missed Natasha Richardson, who left the show by the time I got to see it. Remember that horrible crane accident? My re-booked tickets made me miss her entirely.

Sweeney Todd: The Demon Barber of Fleet Street (2005)
The first time I saw this Sondheim masterpiece was the national tour of the original production. By the time I saw this John Doyle revival, I had seen variations on the original concept many times. So nothing prepared me for this minimalist and frankly terrifying vision. Sure it was hilarious (Patti LuPone on tuba!), but the buckets of blood being poured as the body count rose and the ice cold eyes of Michael Cerveris gave me chills that last long after that razor-slashed curtain fell. 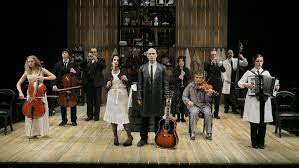 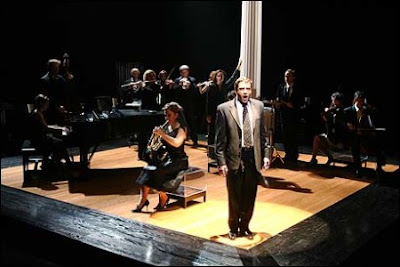 Company (2006)
Sure, the actors-playing-instruments device wasn't new by now, this second Sondheim by Doyle was a whole different level. Raúl Esparza was stunning as Bobby - I wonder if I'll ever get over his Tony loss, and Barbara Walsh's "Ladies Who Lunch" was breathtaking. Angel Desai's tightfisted Marta was a riot of Village cool, Kelly Jean Grant was the first and to date only Kathy who I felt earned the amount of loss Bobby feels when she leaves, and Elizabeth Stanley's blank eyes were as mesmerizing as they were hilariously vacant - an April for the ages.

Gypsy (2008)
Patti LuPone makes the list again, but let's face it, seeing her Tony-winning turn as Rose is a musical theater lover's dream. Damn if she wasn't everything I wished for and more. And Laura Benanti's Louise was deeper and more striking than any other I had seen - her transformation into Gypsy Rose Lee was brilliant.

Follies (2011)
That four Sondheim revivals have made this list (and several others were close) isn't really surprising. His works were all ages ahead of their time when they premiered, and now that the rest of us have caught up, it just makes sense that his time has come. I know purists found fault with this revival, but I found it to be rapturous. Mike will tell you that both times we saw it, I silently wept in my seat from curtain to curtain. I don't think I'll ever forget the look on Bernadette Peters' face when she arrived, hope in her eyes instantly replaced with defeat and disappointed. I'll just simply state that I miss Jan Maxwell.

Pippin (2013)
Talk about a revelation! I've loved this Bob Fosse masterpiece (and Stephen Schwartz's equally amazing score) for decades. But knowing that this would be a departure from the norm had me nervous. Well, we weren't even halfway through "Magic to Do," and my worries disappeared. Mouth agape throughout, I'm not sure I breathed during each act. Tears flowed during "Morning Glow," and my stomach ached from laughing so hard at Andrea Martin and Rachel Bay Jones. And both Patina Miller and Matthew James Thomas gained a lifelong fan in me after this show.

Spring Awakening (2015)
It wasn't too long after the original closed that this gem reappeared on Broadway. One of my all-time favorite shows to begin with, Michael Arden's stunning vision along with the triumphant melding of deaf actors with hearing performers found new depth and meaning. So carefully and thoughtfully staged, it never felt like a gimmick, but rather an insight into the troubling themes of the piece. Krysta Rodriguez's Ilse haunts me still. 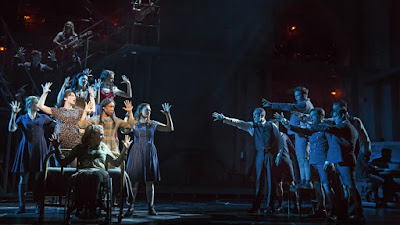 Once on This Island (2017)
Michael Arden is two for two with this enchanting, thrilling revival. He took environmental, immersive staging to a whole new level. As with Spring Awakening, this version of Island was a revelation. And it introduced two of the most exciting young actors to come along in some time, Hailey Kilgore and Isaac Cole Powell.