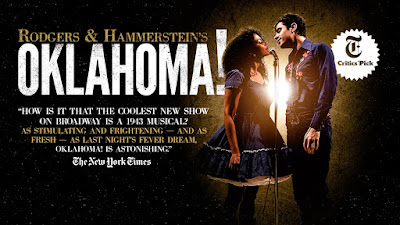 Like we said last week, in order to get through the rest of the season's shows before next season, we decided to double up! It's just the same as always, only you are voting for two shows at a time. The shows are NOT competing against each other! This time around, you are choosing next week's Championship contenders for both Oklahoma! and Hadestown, two of the hottest shows of the season.

Below, you'll see the names and pictures of each cast member. Question 1 is the cast of Oklahoma!, and question 2 is the cast of Hadestown. For EACH question, you may select between up to 2 (but no more than 2) of your favorites. You do have to pick at least one for each question. NOTE: You will need to scroll down the survey box to see it all.

REMEMBER: You must click/tap the "CLICK/TAP TO MAKE YOUR VOTE COUNT" button at the bottom!

THIS POLL IS CLOSED. THANK YOU FOR PLAYING ALONG!


Create your own user feedback survey