As the FX miniseries Fosse/Verdon continues, I admire the show more and more, and I am completely smitten with the brilliant Michelle Williams. I've always been a big fan of Bob Fosse - I think of him in the same terms as Stephen Sondheim, which is to say I think he was a genius who was way ahead of his time. Challenging expectations, boundaries and decency was his stock in trade. All one needs to do is look at the revival of Chicago to see that he did all that before anyone else did, and his work (and that of his protege, Ann Reinking) is as relevant today as ever, if not more so.

These next three episodes are definitely more Fosse-centric. SPOILERS AHEAD. 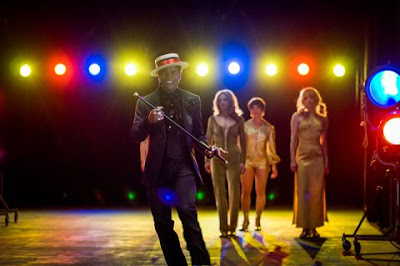 EPISODE 4: "Glory"
So far, this is my favorite episode. Both the story's drama and theatrical presentation are exciting, as life parallels art. The art is the making of one of my favorite shows, Pippin, with an emphasis on the creation of the signature "Manson Trio" section of "Glory." It is also our first glimpse of Ann Reinking (a striking Margaret Qualley), and a pretty blunt examination of Bob's womanizing, drinking, drugging and fornicating. All of this is set against the pinnacle of his career - 1973, year of 1 Oscar, 2 Tonys and 3 Emmys. Talk about glory... But, as is often the case, all of the accolades aren't enough, and depression and thoughts of suicide ensue.

The best sequence of the episode is the end, when Pippin's grand finale turns into Fosse's. It is thrilling and chilling. And I'll never look at Pippin the same way again. 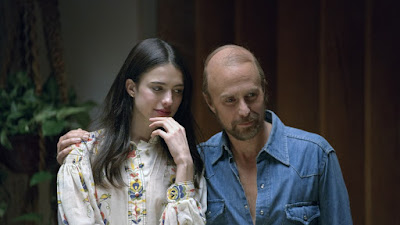 EPISODE 5: "Where Am I Going?"
Fresh out of the psych ward and putting up a massive front, Fosse has gathered friends and family to the Hamptons for a getaway weekend. Under the guise of a healing vacation for a mourning Neil Simon (the terrific and underused Nick Corddry), it soon turns into an intervention, with Bob's wife and mistress arguing for him to slow down, and his best friends, Simon and Paddy Chayefsky (a wonderful turn by Norbert Leo Butz) resigned to the fact that Bobby will do what Bobby wants regardless of the consequences.

Best sequence of the episode... there are actually three: Gwen's soliloquy about why making a movie is bad for his health, but doing her project, Chicago, is just what the doctor ordered. Then there's the delicious exchange between Gwen and Ann who make up and join forces to keep an eye on their guy. And finally, when Williams delivers a beautiful "Where Am I Going?' from Sweet Charity. I love how these songs are inserted throughout to inform the story and characters, fitting in pretty perfectly without changing a word. 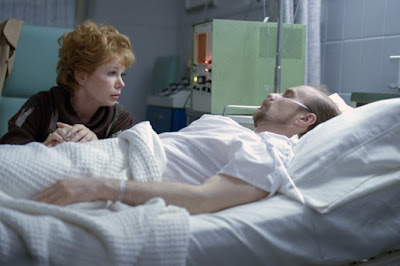 EPISODE 6: "All I Care About Is Love"
This time around, the story is told through the concept of the film "Lenny." (It also reminds me a lot of All That Jazz, which makes sense.) Several sequences of time-jumping fast film cuts reveal a lot about what makes Fosse the mess of a man that he was. With child sex abuse, a rotten father and ridiculous mother, and many people in his life telling him "no" and that he's not good enough all far outweighing the positives, it is really no wonder. We also get to see the complexity of the Fosse-Verdon-Reinking relationship - confusing for the child caught in the middle, and both women, especially Reinking, who is realizing she's the one offering a get well lay, and still has to sit out in the hallway waiting.

Best sequence of the episode - the saga of Chicago's first rehearsal, including "All That Jazz" choreography and Chita Rivera (Bianca Marroquin), all leading up to Bob's showstopping heart attack. You read about it, but seeing it plated out is something different altogether!