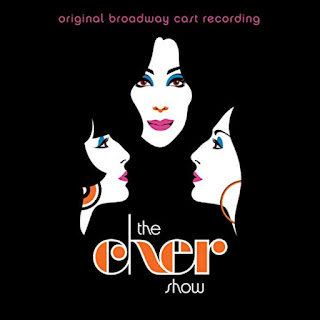 The song is called "Woman's World," but let's face it, we live in Cher's World. For proof, you need look (or listen) no further the Original Broadway Cast Recording of The Cher Show which is really quite something, especially since she isn't even on it. And what a wonderful treat to listen to it from start to finish. The sound quality is superb, allowing the Daryl Waters orchestrations/arrangements to bring joy to your ears. What is impressive, too, is that even more so here than in the theater, this is truly a tribute to, rather an in impersonation of one of the greatest entertainers of all time. Anything less would be an insult.

If you are keeping track, you know that I gave the show a B+, mainly because as a musical, it's a little shaky, but as entertainment, it is ACES. This recording is right in line with that, only... better. You see, it shows off wonderful renditions of the classics as we know them (like "Gypsies, Tramps and Thieves," "If I Could Turn Back Time"), and other songs are given the full Broadway treatment (like "Heart of Stone," "Ain't Nobody's Business If I Do"). 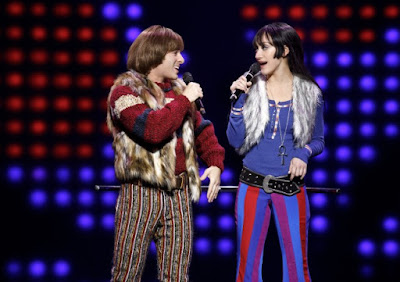 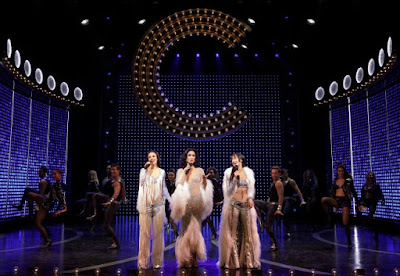 Of course, it showcases the three Chers - Star, Lady and Babe, and each really shines - my two favorites from Micaela Diamond are wonderfully preserved here - the glorious duet "I Got You Babe" featuring a never-been-better Jarrod Spector, and her big production number, the sexy "The Beat Goes On," which also gives the hard working ensemble a chance to shine on record. Meanwhile, Teal Wicks is brilliant on "Bang Bang" and heartbreaking on "A Song For the Lonely." Frankly, on stage, Wicks is nearly lost in the hugeness of her co-stars, but here, she is at least an equal. Which brings me to the incomparable Stephanie J. Block, who, here as on stage, is the one to beat. Man, is she excellent. Yes, she sounds like Cher, but as more homage than replica, and she brings it. What a belt! It was exhausting watching her, and I am just as wiped out after hearing her tear her way through "Turn Back Time," "Dark Lady," and especially "I Found Someone."

Everyone who contributes - Emily Skinner, Matthew Hydzik and Michael Berresse, all of whom I wish had more to do, and the entire ensemble - comes across as a complete labor of love. Just like when they perform the show. Surely, the Goddess Warrior approves.