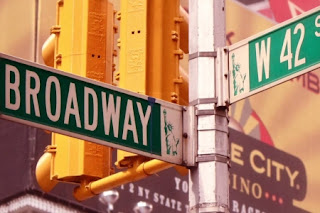 The heat is on, and we aren't taking a break from great theater because of a little summer sweat! There's a variety of stuff on our agenda over the next three months - a re-visit to the first new musical of the season, a re-visit to a show we first caught off-Broadway before it became a sensation, a catch up on a show we missed earlier this year, and a regional treatment of a scary Sondheim gem.

Before we look ahead, let's review the ups and downs of the busy spring. It started with an interesting revival of King Lear (B), a trendy and disappointing new musical called Be More Chill (C-), a very good revival of a problematic fan favorite: Merrily We Roll Along (B), a regional revival of one of my favorite shows ever, Grand Hotel: The Musical (A), the best musical of many a season, Hadestown (A++), the biggest disappointment of the season, Tootsie (C-), and an electrifying revival, Oklahoma! (A). That's a solid B - not bad!

Here's what's coming up for us this summer: 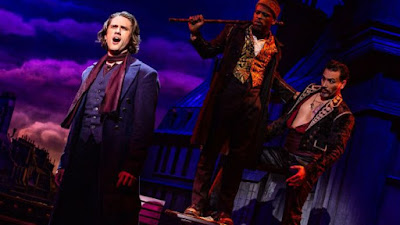 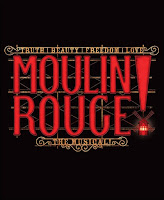 Moulin Rouge! (on Broadway at the Al Hirschfeld Theatre)
It was so excellent last summer in Boston, and now we can't wait to see it again! The dancing! The singing! The romance! "Truth. Beauty. Freedom. Love." will be our mantra. Aaron Tveit and Karen Olivo back on Broadway where they belong - it hasn't been this hot in years.
https://moulinrougemusical.com/ 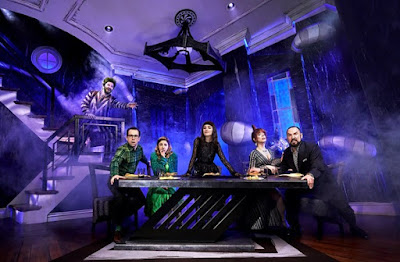 Beetlejuice (on Broadway at the Winter Garden Theatre)
Thanks to my tummy troubles, we missed this one earlier this month. But what we said three months ago is still true: You know, I've never seen the movie straight through. But I'm still looking forward this musicalization. The set pictures look amazing, and I'm a fan of the cast - Alex Brightman, Rob McClure and Kerry Butler are favorites. Rumor has it that Sophia Anne Caruso's performance is not to be missed.
https://beetlejuicebroadway.com/

Hillary and Clinton (on Broadway at the Golden Theatre)
We love Laurie Metcalf and John Lithgow. And we really enjoyed Lucas Hnath's last play. If we don't see Beetlejuice, this will take out third slot in July.
https://hillaryandclintonbroadway.com/ 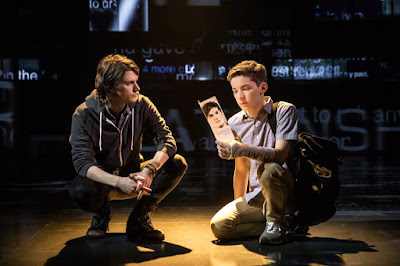 Dear Evan Hansen (on Broadway at the Music Box Theatre)
We saw this show way back when it was at 2nd Stage. I found it troubling, and the scenery chewing by Ben Platt insufferable. But since then, it's become somewhat of a phenomenon. Now that they have an actual teenager (Andrew Barth Feldman) playing a teenager, maybe it'll have a bit more honesty going for it. And maybe I didn't give it a fair shake the first time around. Time for a Broadway re-visit.
https://dearevanhansen.com/

Assassins (regional at Signature Theatre in Arlington, Virginia)
This will be our first professional production of this Sondheim piece. Given the current political climate, this will likely be more resonant than ever. Seeing a Sondheim show makes me happy. And everybody's got the right to be happy.
https://www.sigtheatre.org/