One That Got Away: Rags

Another mid to late 80's musical that I never got to was Rags. It's really not surprising - it only ran for 18 previews and 4 performances. (In August...not a lucky month...) Two and a half weeks; a gigantic flop. Still, there are several reasons why I feel like this one got away.

Despite its brief stay, it did manage to nab five Tony Award nominations, including the Big Three - Best Book, Best Score and Best Musical. This meant that it would be on the Tony Awards, and it didn't disappoint there. Even all those years ago, I knew Judy Kuhn was going to be a Broadway star. At that point, she had only been in The Mystery of Edwin Drood. She sang, or rather, belted the title tune with such gusto, and I loved it. The bonus was that she also performed with Les Misérables on the show that year, too! I couldn't wait for the cast recording. 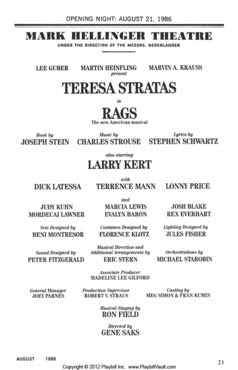 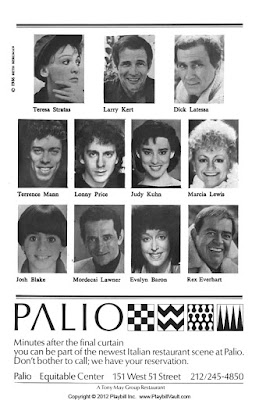 Turned out to be quite a wait. And when it came out, it wasn't exactly an Original Broadway Cast Recording, but rather a studio cast, featuring some members of the cast. Still, it was most of them, including most of the principals, save for star Teresa Stratas who was replaced for the recording by Julia Migenes. Well, the wait was worth it. I love the score, and it's really not that much of a stretch to believe, considering the writing team of Joseph Stein (book), Charles Strouse (music), and Stephen Schwartz (lyrics). Lovely, catchy, lyrical and beautifully orchestrated by Michael Starobin. From what I'd seen and heard, I couldn't fathom why it was a flop. 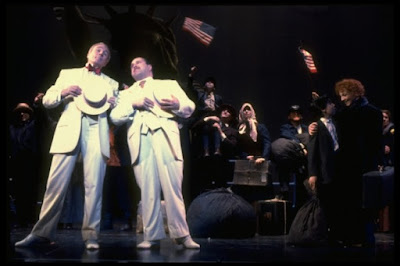 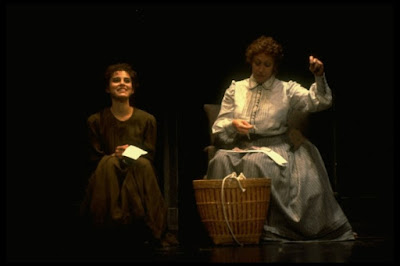 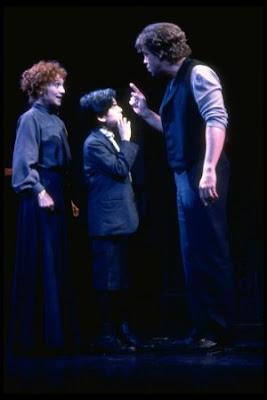 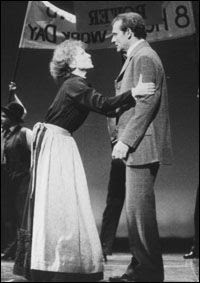 Finally, I really feel like I missed out on a fantastic cast. Not only did it feature the great opera diva Stratas, and Ms. Kuhn, the company included Larry Kert, Dick Latessa, Marcia Lewis, Lonny Price and Terrence Mann. Three of those people are no longer with us, making it even more of a regret.

The ephemeral nature of live theater is what makes it unique and special. But sometimes it really stinks, too. But all is not lost: in recent years, the remaining creatives have taken another stab at the show. Who knows? Maybe a revival may happen. Be assured I'll get a ticket to a preview (just in case), and I'll cross it off my "one that got away" list.

Labels: One That Got Away, Rags