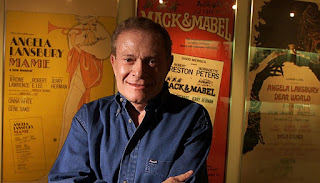 The passing of Jerry Herman earlier this week hit me pretty hard. As I see it, he is largely responsible for my love of musical theater. It was a revival of Mame that started it all for me, after all. Yes, that hot summer day in August of 1983 changed my life forever. I've seen it a few times since, and I am really hoping for a big splashy revival sooner rather than later. And of course, I've seen Hello, Dolly! too many times to count. But the show of his that has the most personal impact on me has to be La Cage aux Folles.

Seeing the original Broadway just after it won several Tony Awards was its own thrill - it was only my fifth Broadway show, and my first with the original cast. More importantly, it was my first brush with the political possibilities of theater. Inside, I was so excited to see a show about gay people! A closeted teenager from the suburbs during the Reagan years was seeing a new hit show about people just like him! Then we got there (my also closeted friend and I) and stopped dead in our tracks. There were picketers in circling in front of the Palace Theatre, chanting hate messages and carrying placards with various religious and secular sayings condemning all who entered to a certain eternity in Hell. We marched right through them - and getting cursed at - and went into the show. No revival of that show will ever match the original or that experience. Jerry Herman was brave. 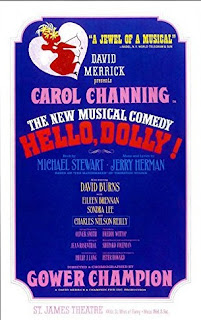 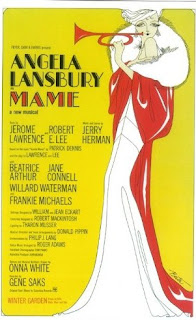 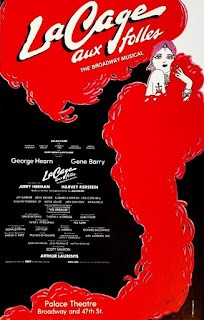 What I have really come to appreciate about Herman's work is that he was traditional musical theater royalty. He could be funny and moving, and he knew how to create tunes that really, really stick with you. But what was really great his scores was that while they are old school musical comedy, they also - even to this day - feel so contemporary. There was a smart wit about his lyrics, with an uncanny knack of being both sentimental and biting all at once. One thing is for sure, his legacy will live on for a very long time. He left this world better because he was in it.