As the year comes to a close, we take one last look at the shows we saw in 2019. It was very difficult to narrow it down to just five. Each of these gave me such joy, and all for different reasons. Some pushed boundaries, while others reignited classics. All of them were wonderful reminders that the power of live theater is like no other. Listing them in alphabetical order seemed easier than the challenge of trying to rank them. Here's to even more great theater in 2020!

WHAT WE SAID: "Helmed by the über-talented Rachel Chavkin (she was also instrumental in the development of the work), Hadestown is so tightly constructed and the staging and choreography (by the equally brilliant David Neumann) so seamlessly blended it feels less like watching a musical and more like watching living, breathing art bloom right before your eyes. 'Come see how the world could be,' indeed. Timely and timeless, Hadestown is a masterpiece." 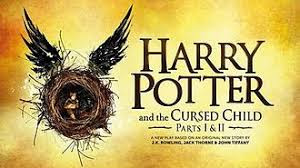 Harry Potter and the Cursed Child, Parts I and II (Grade: A+)

WHAT WE SAID: "'Are all Broadway plays like this?' That was the question a co-worker of mine asked about a month go, when she saw Harry Potter and the Cursed Child, Parts One and Two. It practically drove her crazy not getting an answer from me for weeks, and even more so, not being able to discuss it until after I finally saw it. So, I answered my co-worker, "No. Not all Broadway plays are like Cursed Child." There are so many things I want to write about this extraordinary production and vastly entertaining play. The themes, the portrayals, the surprises...but I won't ruin it for you. Just see it to believe it. And when you do, please #KeepTheSecrets." 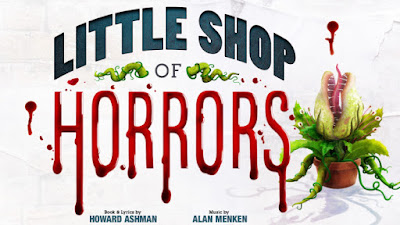 Little Shop of Horrors (Grade: A+)

WHAT WE SAID: "What a wonderful thing it is to see a thrilling production of a show you love! Such is the case with the practically perfect off-Broadway revival of Little Shop of Horrors. The show is such fun, made even more so by the cast and production that are completely on the same page, and they are all clearly having a ball." 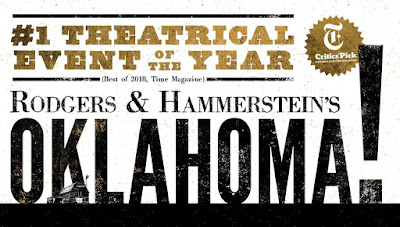 WHAT WE SAID: "Daniel Fish's stunning, often disturbing take on the Rodgers and Hammerstein's classic Oklahoma! is just the kind of show I love. All by itself, this work has been groundbreaking - the original is oft credited as being the first modern musical. But this very modern, highly sexualized and violent version - without changing a word of the original - resonates in a very modern, current way, while making it clear why its first audiences in the early 40's were taken aback. It isn't quaint and charming. Far from it. It is a scathing indictment of both the American West and our country's gun obsessed culture."

To Kill a Mockingbird (Grade: A+)

WHAT WE SAID: "Harper Lee's To Kill a Mockingbird is a masterpiece of literature, a masterpiece of film-making, and now, under the power of playwright Aaron Sorkin and director Bartlett Sher, it is a masterpiece of theatricality. The beauty of this piece is that it reveals the material to be both timeless and timely. That it does so as a memory play and courtroom drama only serves as a stark reminder that history seems to be repeating itself over and over again. That it does so with a heady mix of vicious, inflammatory language and a surprising amount of humor and moral heart (sans didactic preaching) makes it remarkably entertaining and gripping." 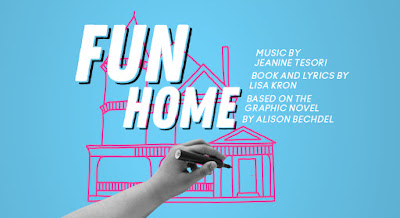 WHAT WE SAID: "Fun Home at Baltimore's Center Stage is wonderful in every respect. It's just that simple. Under Hana S. Sharif's poignant direction, this trip to Pennsylvania is decidedly more robust and intense than any version I've seen before. Think hybrid of the Public Theater premiere and the Broadway version, plus an urgency heretofore un-mined. There were some nice new laughs and some new heartbreaking moments as well."