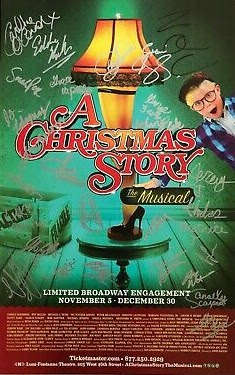 I was at a distinct disadvantage when I saw A Christmas Story: The Musical. I had never seen A Christmas Story: The Movie! The good news is, the musical was wonderful, and though I may not have been able to anticipate beloved scenes, I laughed right along with everyone else. Even better was the fun score by relative unknowns Benj Pasek and Justin Paul. And there was some riotously funny choreography by Warren Carlyle. I mean, come on! A kick line with chorus cuties and leg lamps!!?? Too funny. It was also great fun to see a college idol of mine, Dan Lauria, as the narrator, as well as three other Broadway favorites: Caroline O'Connor, Erin Dilly and John Bolton. It speaks volumes (I think) that despite its limited engagement and being closed several months before the Tonys, it was still nominated for three major 2013 Tony Awards: Best Book, Best Score and Best Musical.

Well, I still haven't seen the movie version. But maybe I won't. Why ruin a fond memory? 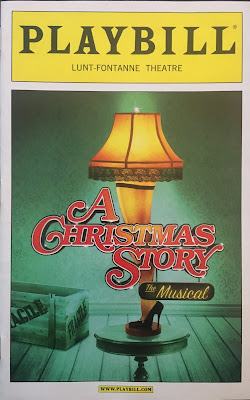 A Christmas Story: The Musical
Lunt-Fontanne Theater
15 previews, 51 performances
November 2012 Cast (Opening Night!): Dan Lauria, John Bolton, Erin Dilly, Caroline O'Connor, Zac Ballard and Johnny Rabe
Book by Joseph Robinette. Music and lyrics by Benj Pasek and Justin Paul. Based upon the film A Christmas Story and the book In God We Trust, All Other Pay Cash by Jean Shepherd 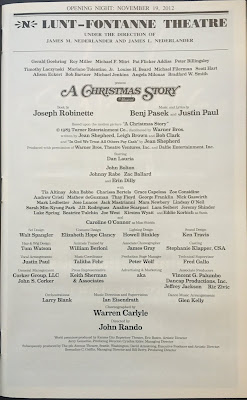 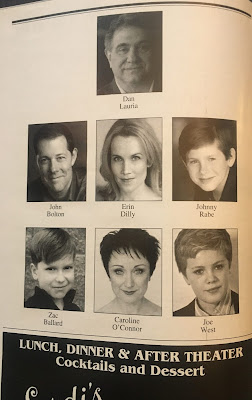 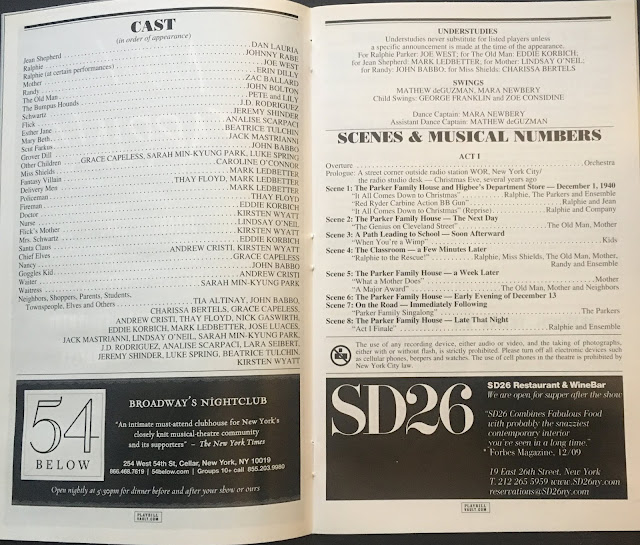 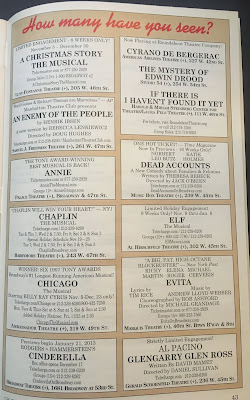 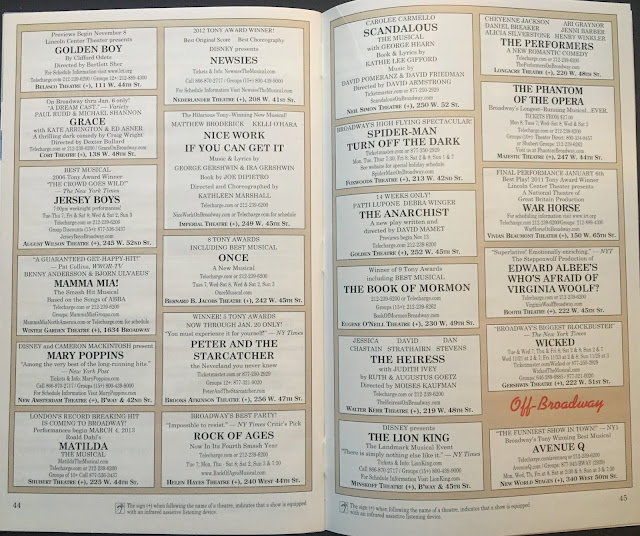 As befitting the holiday season, there was no shortage of family fare on Broadway in November 2012. There was A Christmas Story, Annie, Cinderella, Elf and Peter and the Starcatcher. Of course there were 3 Disney extravaganzas to choose from as well: Mary Poppins, Newsies and The Lion King. There was no shortage of star power, either: Al Pacino, Katie Holmes, Jessica Chastain, Paul Rudd, Debra Winger, Ed Asner, Cheyenne Jackon, Henry Winkler, Ricky Martin, Matthew Broderick and Broadway celebs including Kelli O'Hara, Carolee Carmello, Rob McClure, Patti LuPone, Norbert Leo Butz, Laura Osnes and Michael Cerveris. Revivals included Evita and The Mystery of Edwin Drood. At the time, who knew Scandalous, The Performers, Dead Accounts and The Anarchist would be huge flops? Spider-Man: Turn Off the Dark is a whole other story! November 2012 was also the last time Who's Afraid of Virginia Woolf? played the Rialto! 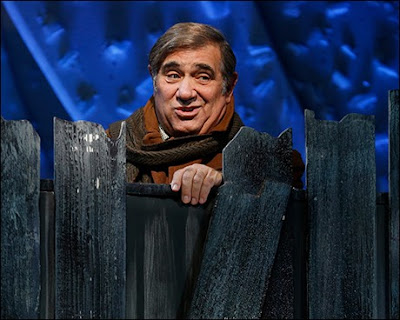 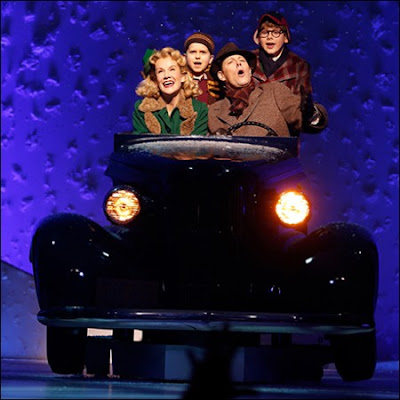 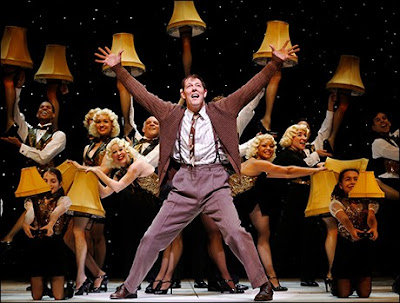 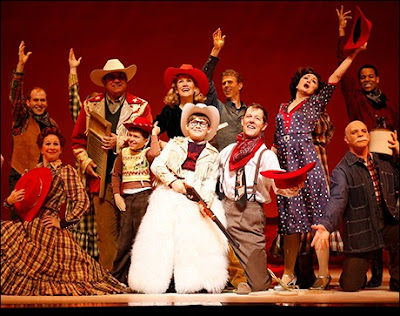