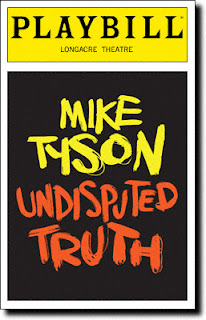 Despite a slight uptick in both attendance (up .84%) and gross (up 1.01%), the box office remains relatively stagnant.  For the most part, shows that are doing well continue to do so; those on the way out are dwindling.  The biggest drop came from the week's only departure, Mike Tyson: Undisputed Truth, which dropped 18.7% in its last week attendance.  A Ricky Martin-less Evita posted the biggest loss at the box office (-$282,524), though it gained 4.8% in attendance.  (War Horse gained the most in attendance, up 11.3%; The Lion King gained the most in box office, up $205,793.)  But it was the soon to close Sister Act that gained the most on average, up 10 spots on this week's chart.  Upcoming closures include: Ghost: The Musical (8/18), End of the Rainbow (8/19), Sister Act (8/26), while Chaplin begins previews on August 21.