Broadway Theatres: The Old and the Beautiful, Part 2

Last month, I began a series of blogs about the theatres of Broadway.  There are currently 40 active "Broadway Theatres,"  and I have already discussed the 10 youngest, beginning with the Hilton Theatre, which opened in 1998, and ending with the St. James Theatre, which opened in September of 1927.  The mid to late 20's, you will see, saw a boom in theatre construction.


Today, I will highlight the next 10 oldest, beginning with the Majestic Theatre, currently home to Broadway's longest running show ever, The Phantom of the Opera.  Researching these glorious buildings has brought back a flood of wonderful memories about some great moments, great stars and great shows that I've had the fortune to see, as well as some wishes for a time machine to take me back to some other historical moments in theatre history.  I hope you enoy!
NOTE: Especially as the theatres get older, it is really not possible to name every single production that ever played at each one.  I have chosen a selection of the more famous shows for inclusion here. 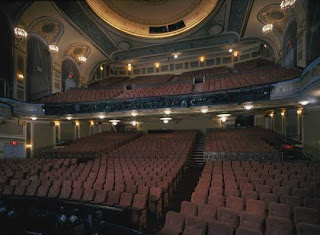 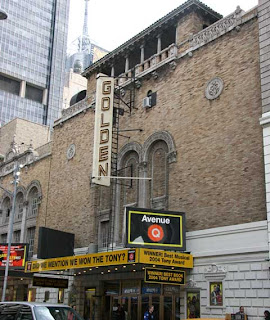 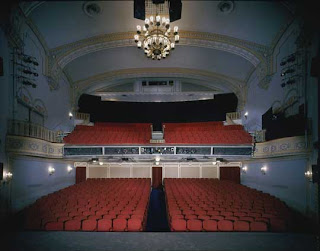 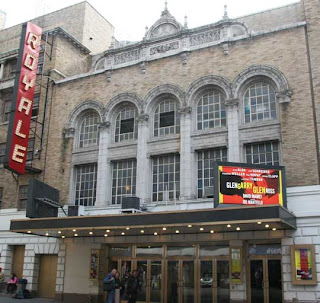 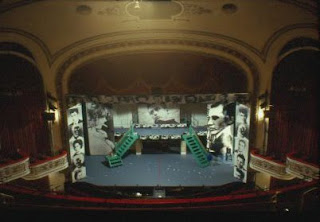 The Original Production of Grease
28. Bernard B. Jacobs Theatre 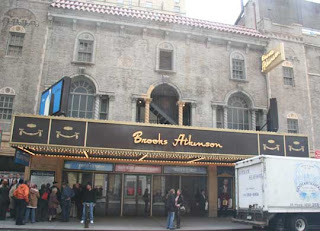 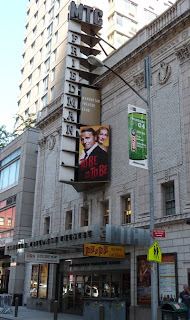 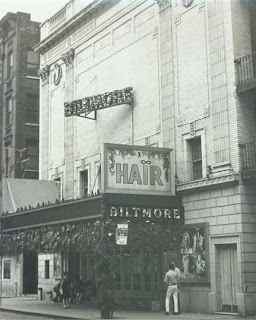 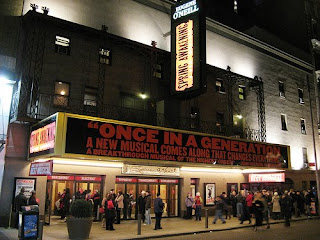 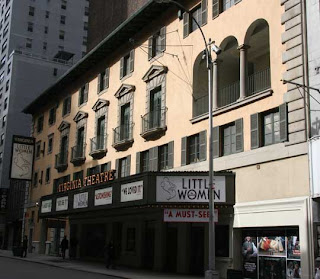 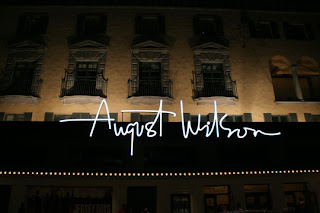 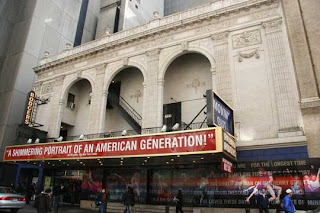 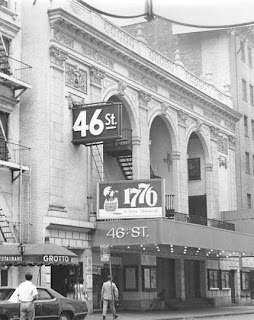 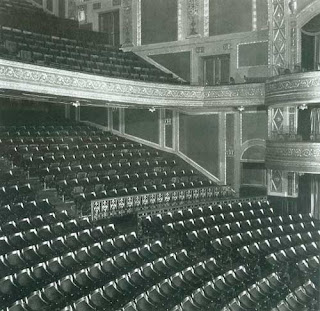 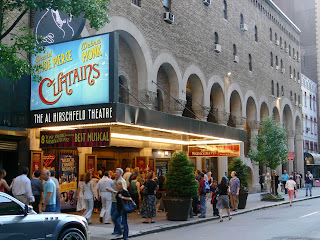 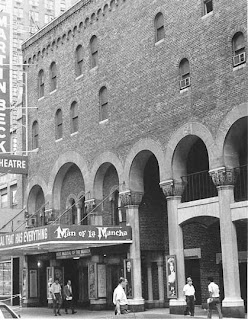 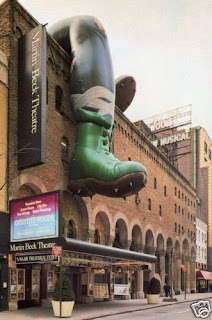 The Giant's boot stomps on the Martin Beck for Into the Woods
22. Al Hirschfeld Theatre 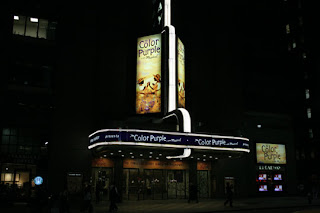 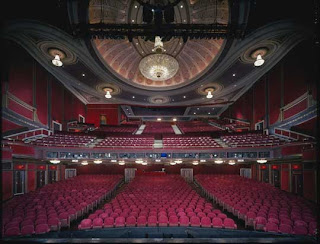 Look for Part 3 in the coming weeks, when I blog about the next 10 oldest theatres on Broadway.