January Poll Results: The Ones That Got Away

Wow!  The most popular poll yet!  There were 33 votes from 24 voters, a huge leap in both votes and voters from December's poll.  Thank you to all of you who took the time to vote.

Well, it looks like most of us feel like we missed out on something at the theatre over the course of 2009.  I wonder what the determining factors were?  Money?  Show closed too soon?  Other shows took priority?  I'd suspect it was a combination of all of those.

Personally, I was fortunate enough to have seen two that were on thr ballot, Finian's Rainbow and The Story of My Life.  And while I adored one and was so-so about the other, I don't regret having seen either, and can see why some of you felt you missed something by not seeing them.  My vote was for Brighton Beach Memoirs, which was a real shame all the way around, especially after so many resprcted publications and websires named it as one of the Best of 2009.  I guess my runner up vote would have gone to Ragtime, and I'm sure as awards season approaches, I'll regret it even more, but for now that regret is tempered with a feeling of being manipulated.

So here's what you all thought:

4.  With one vote each: Oleanna and Reasons to Be Pretty.  To me the kind of difficult subject matter and intensity of the drama that both plays had makes good theatre.  I can see and understand, though, we a lot of folks stay away from these.  They want fun, laughs, good times and not too much of a brain strain.  This is an entertaining evening for me; for others, not so much. 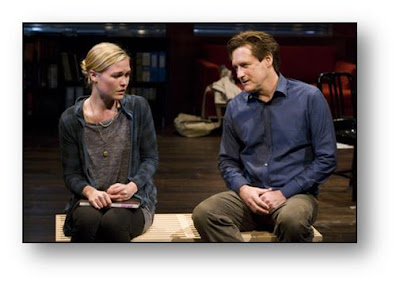 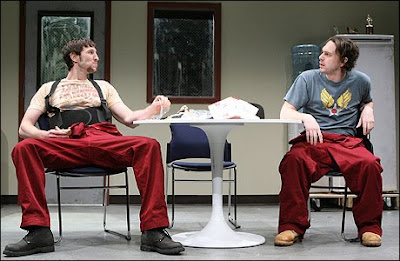 Top: Oleanna
Bottom: Reasons to Be Pretty
3.  With three votes: The Story of My Life.  My love for this little gem has been chronicled on this blog almost from day one, so I won't belabor it.  But you did miss two excellent performances, and some sweet emotion.  The good news it, with two people, no set and minimal costume changes, this is one story you are likely to see locally and soon. 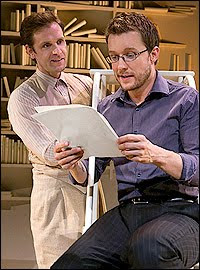 The Story of My Life
2.  With four votes: Superior Donuts.  The follow up to the mega-hit August: Osage County by Tracy Letts was likely to be less successful.  After all, can lighting really strike twice.  Well, apparently, the critics thought, "yes," while the customers said, "no."  Everyone I know that saw it says it was excellent in all respects.  And everyone I know is also surprised at how quick it tanked.  it was somewhat lighter and much shorter, and yet it is no longer with us.  It will, I'm sure become the "it" play of the regional theatres very soon. 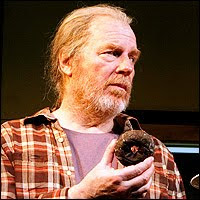 Superior Donuts
1.  With eight votes each: Brighton Beach Memoirs, Finian's Rainbow, and Ragtime.  A lot of ink and cyberspace has been taken up with hypothesizing why these shows didn't have staying power.  I myself have offered thoughts on this very topic.  But their early demise really brought into focus the idea that I have long believed, but now seems unequivocably true: the critics don't have as much power to open and close a show that they once did.  All three productions were critical darlings, and all closed at significant loss of money and jobs.  Pretty sobering in these times, huh? 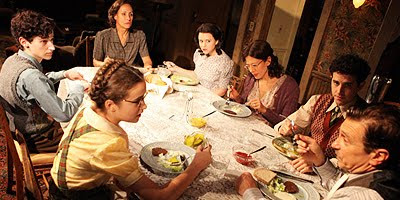 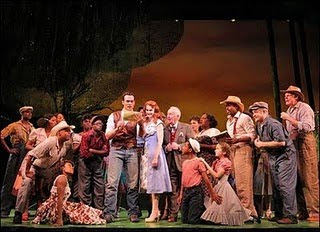 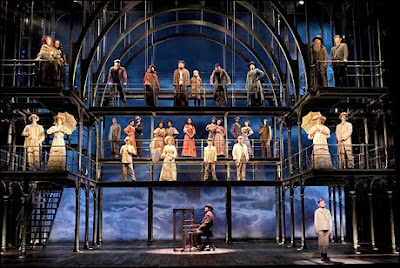 Top: Brighton Beach Memoirs
Center: Finian's Rainbow
Bottom: Ragtime
Please be sure to vote in this month's poll - a fun one for Valentine's Day!
Comments?  Leave one here or email me at jkstheatrescene@yahoo.com
Jeff
Posted by JK at 12:01 PM