If you've seen Mamma Mia! on Broadway in the last 5 years or so, you've probably seen Ms. December donning those"stinkin' stilettos' or that fabulous spandex.  Or maybe you've seen her in that most excellent independent film, Were the World Mine.  Regionally, you might have seen her critically acclaimed turns as Eva Peron in Evita or as the title characters in Victor/Victoria.  Off-Broadway, she appeared in Johnny Guitar for which she received numerous award nominations and critical acclaim.  And on Broadway, she also appeared in Chess.  A staple in the Broadway community, Ms. December is also frequently a part of her "pet" charity, "Broadway Barks."

Of course, I am speaking of Broadway's Tanya, Judy McLane! 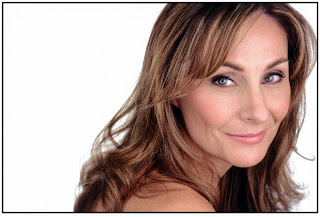 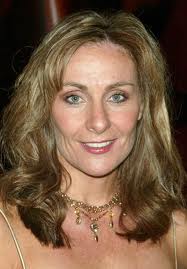 At a Broadway event 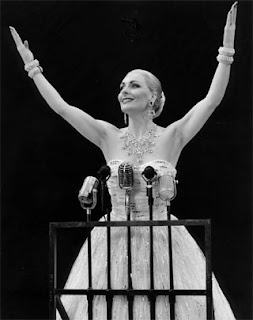 Evita: "Don't Cry for Me, Argentina" 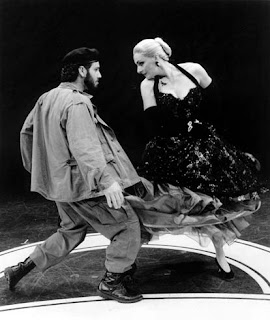 Evita: "A Waltz for Che and Eva" 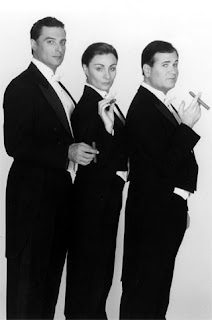 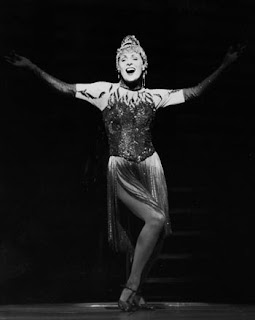 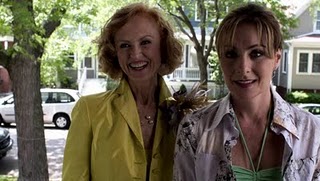 Were the World Mine: A mom to a gay teen,
Judy co-starred with Jill Larsen 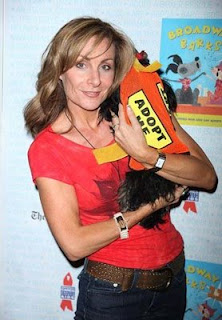 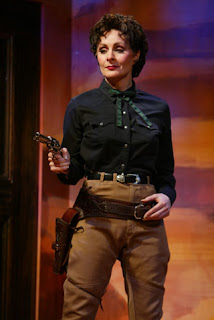 Johnny Guitar: Judy was a pistol-
packin' gal... and a Drama Desk Nominee! 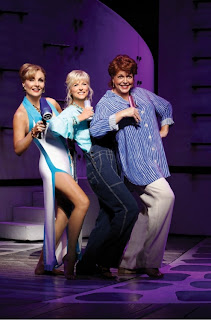 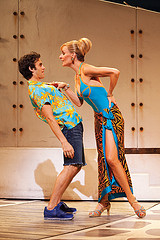 Mamma Mia!: Tanya with one of
many Peppers... 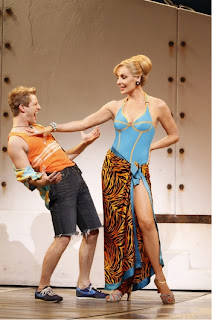 "Does Your Mother Know?":
Judy McLane and current Pepper,
Mark Dancewicz
Donna and the Dynamos
through the years... 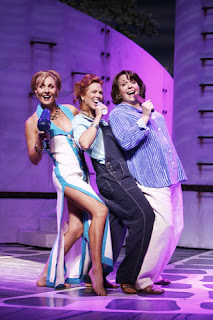 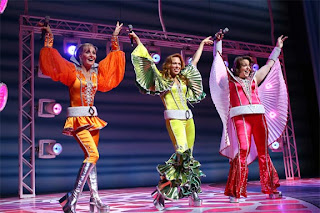 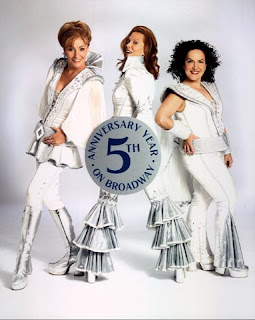 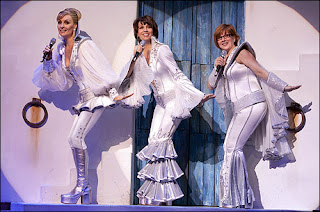 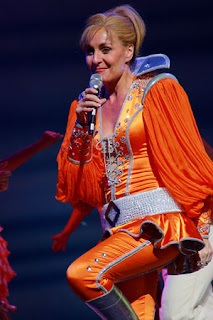 Judy McLane: Dancing Queen
and Broadway Star!
Suggestions for next month's Broadway Guy or Gal?  Leave one here or email me at jkstheatrescene@yahoo.com.
Jeff
2.105
Posted by JK at 1:30 PM

Labels: Broadway Ladies, Mamma Mia, Were the World Mine