How about we end this year's amazing set of "Broadway Boys" with this month's most amazing diplomat of holiday cheer?  No, I'm not talking about Santa Claus, though he'd be a sure bet any year.  No, I'm talking about a Broadway Boy who has worked his way up the ranks from replacement to flop to off-Broadway and back again.  A guy who not only toured and did Broadway's Wicked, but married the green girl for real.  And a guy who, in just this year, went from co-starring in one of Broadway's hottest shows to carrying an entire show on his green felt-clad shoulders.

Of course, I am talking about Sebastian Arcelus, star of Elf: The Musical,and this month's Broadway Boy!

Some interesting facts about Mr. A that I didn't know (and shame on me for not knowing): 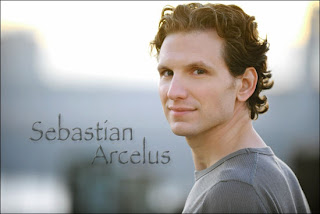 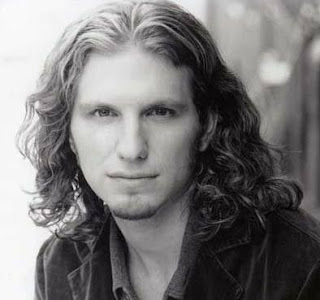 The Headshots:  Is it the curly hair?  The serious look?
The penetrating eyes? 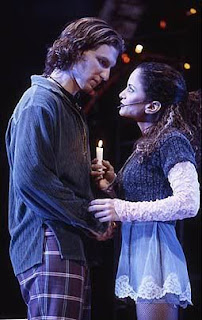 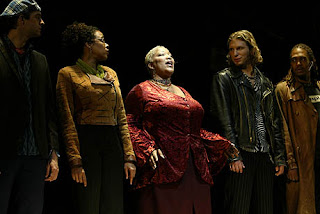 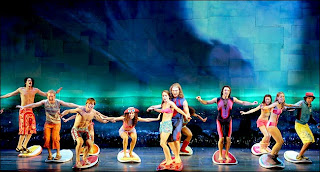 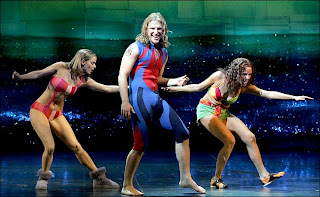 Catch a wave, and you're dancing
with two bikini-clad babes! 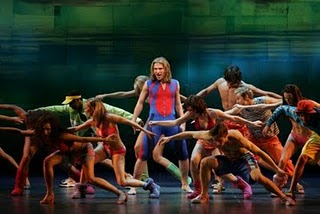 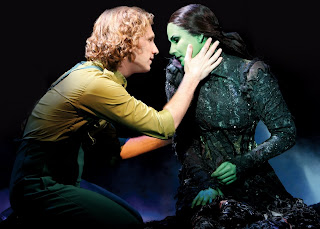 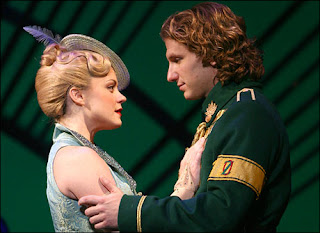 As Fiyero, Sebastian put the moves on
BOTH Elphaba and Glinda... 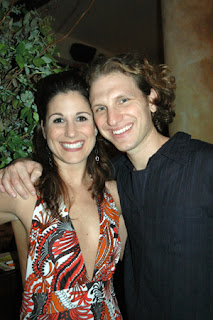 ...but in real life, he went green, and married
Stephanie J. Block!  I don't know who is luckier! 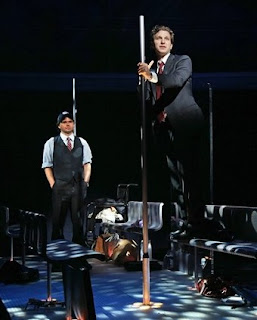 In between Jersey Boys stints, Arcelus
starred in the off-Broadway musical Happiness.
Subway conductor Hunter Foster taught the jaded
and bitter New Yorker a few lessons about being happy. 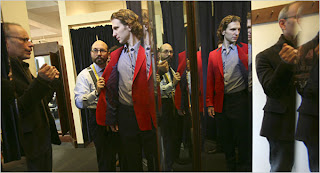 A fitting for the iconic Jersey Boysred jacket... 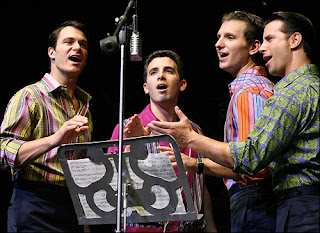 At Jersey Boys, it takes four! 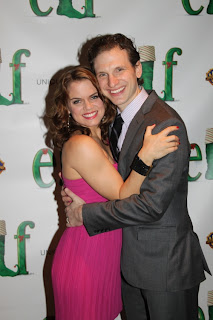 At the opening night of Elf: The Musical,
Mr. December poses with Ms. November, Amy Spanger! 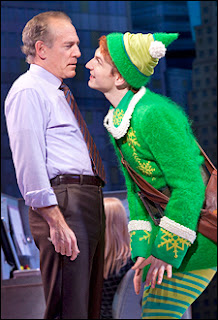 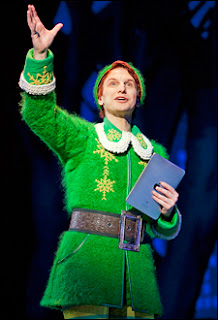 In the end it is the charisma and
charming smile that really makes him shine.
Comments?  A suggestion for Mr. or Ms. Broadway for January?  Leave it here, email me at jkstheatrescene@yahoo.com or Tweet me!
Jeff
2.92
Posted by JK at 12:01 PM