As fall comes to a close, and the hits and misses start to accumulate this season on Broadway, two events marked November: Election Day and Thanksgiving.  This month's polls took on both of those days, and here are the results:

Question #1: Which Broadway "issue" needs to be addressed in the theatre community?

Not unlike this year's mid-term elections, voter turn out for this poll was substantially lower than for other polls... 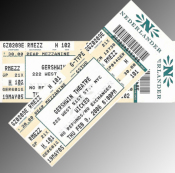 Considering how much griping goes on in the theatre chat rooms and message boards about this topic - is there one?  what is it?  is it student only or can anyone do it? - I am surprised no one voted for this issue.  On the other hand, most of us grown ups probably agree: let the producers of each show decide.  In other words, keep it the way it is!

Ahhh the spectre of Spider-Man rears its ugly head again.  But at least we can take a bit of comfort in knowing that each and every stunt and special effect in all Broadway shows is tested, retested, secured and approved by a workplace safety commission.  Does that guarantee 100% safety? Of course not.  But it goes a long way in giving the actors who take those risks daily some security.  I hope.  If it were me, I'd trip and fall on a flat stage...

If only the theatre were run by the people who see it regularly, right?  But an interesting thing has happened over the last month.  Last season there were high profile limited runs that no one could see without being a millionaire.  This season there are even more, but there is a huge difference: they are dropping like flies!  Whether the reviews are good (La Bete) or bad (Elling), the limited run is being cut short all over the place.  Turns out the public does have a say... don't show and away they go! 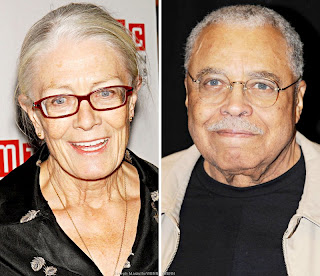 Closely related to the "issue" above, last year the movie star came and went, taking a Tony with them.  This year, so far, it seems their chances are slim - Sorry Brendan, TR, Joanna and Jennifer.  Your Hollywood cred isn't getting anyone too excited this year (OK Al is doing well enough).  But stage stars aren't faring any better, despite Vanessa and James Earl's success.  Just ask Patrick, Denis, Mark and David...

We want cheaper tickets!  We want the best seats!  Sure ticket prices have gone up faster than the inflation rate.  But never before have there been more price points and substantial discounts.  Except for the really hard to get blockbusters, you can get great orchestra seats most nights for half price or less, really.  Look at the average ticket price for any given show... almost all are well below the top ticket price, and many are substantially lower than half price.  And isn't it fun to sit in center orchestra for $80.00 when the snooty guy next to you paid $250?  Ticket prices will inevitably go up, but you can still see a Broadway show for comparatively less than you could a few years ago.


And lest we forget this time of Thanksgiving, the other poll this month addressed the annual theatre rite of passage" performing at the Macy's Thanksgiving Parade.

Question #2: Which show are you most looking forward to seeing at the Macy's Thanksgiving Parade?

I found most to be a boring disappointment.  See my thoughts HERE.  Otherwise, your votes say it all: 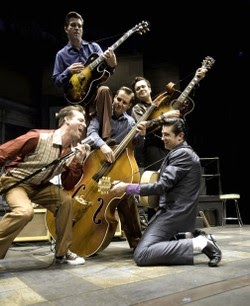 They performed a medley that included "Whole Lotta Shakin' Goin' On." 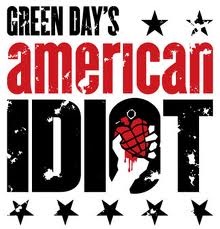 I hope you and yours had the time of your life!

There will be only one poll in December, so please take a minute to vote!

Comments?  Leave one here, Tweet me or email me at jkstheatrescene@yahoo.com.
Jeff
2.91
Posted by JK at 12:02 PM