2010 has been quite a year for Mr. Broadway November.  First, he made quite an impression as the Army recruiter in "Favorite Son," a number in Green Day's American Idiot.  And just last Sunday, he opened to personal raves in The Scottsboro Boys, where he leads the cast with a riveting, moving performance as the truth demanding Haywood Patterson.

Joshua Henry made his debut as an ensemble member in the original cast of In the Heights, both off and on Broadway.  He has also appeared regionally in such roles as Judas in Paper Mill's Godspell and the Tin Man in Encores! Summer's The Wiz.

Yes, 2010 has been a wonderful year for this Broadway star-on-the-rise.  And 2011 looks even brighter. 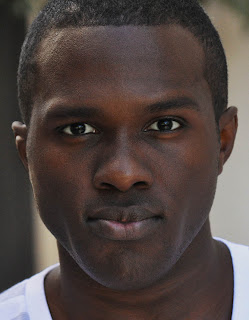 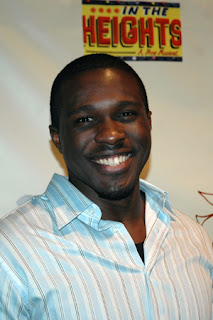 Opening night at In the Heights 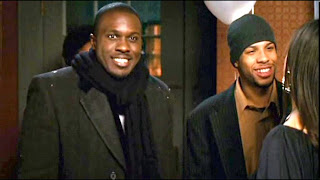 (Left) As Will in the first Sex and the City film 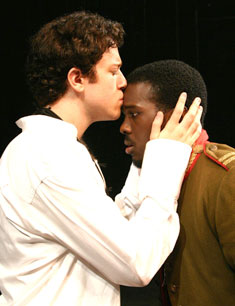 (Right) as Judas in Godspell 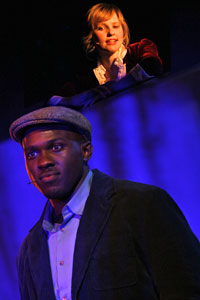 Off-Broadway in Serenade
with Anika Larsen 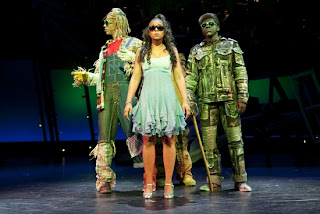 (Right) Henry as the Tin Man in Encores! Summer's The Wiz 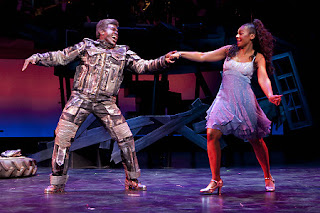 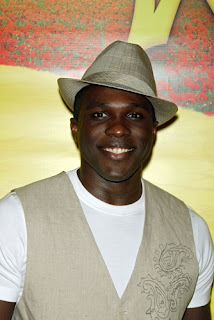 At The Wiz's opening night party 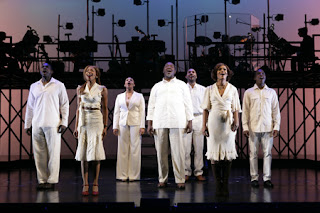 In the ensemble cast of Billy Porter's
Sondheim/Shakespeare revue, Being Alive 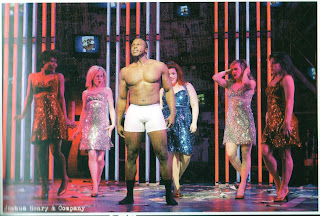 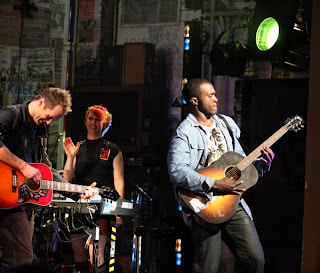 ...picking out a tune in the finale with the Idiot band... 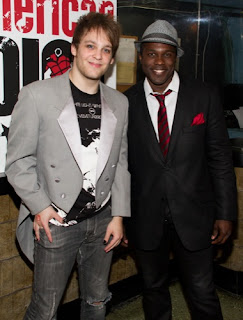 ...and at the opening night party with
fellow Idiot ensemble member, Theo Stockman. 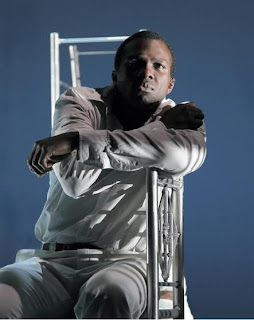 As Haywood Patterson in The Scottsboro Boys 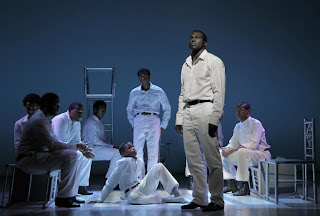 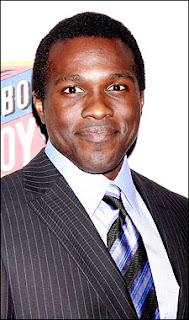 At the opening night party
for The Scottsboro Boys
See you at the Tony Awards, Josh!
Comments?  Suggestions for next month's Broadway Boy or Lady?  Leave it here, email me at jkstheatrescene@yahoo.com or Tweet me!
Jeff
2.63
Posted by JK at 12:01 PM