This month's Miss Broadway seems so appropriate to me for its proximity to Thanksgiving, for she has, over the years, given me much to be thankful for.  A true triple threat, this young lady can sing, act, and dance.  What strikes me most about her career thus far is its range.  She's played a Hollywood actress trying to break into the movies, a sassy stage siren, a merry murderess, a satirical good girl, a Madonna wannabe, an 80's MTV rocker-chick parody, and most recently, an old-fashioned Broadway song and dance girl.  And last night, she made her return to the Great White Way in the holiday family musical, Elf.
In between all of that, she has guest starred on several TV shows, including Law and Order: Special Victims Unit, Six Feet Under, Ed and Royal Pains.  There are also a couple of movies on her resume: Snynecdoche, NY and Reefer Madness!  The girl is working!
And now... Ms. Broadway November 2010...Amy Spanger!
Headshot 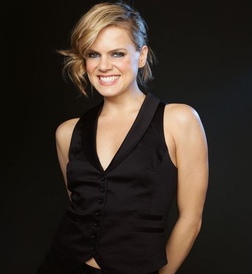 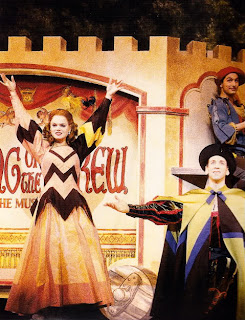 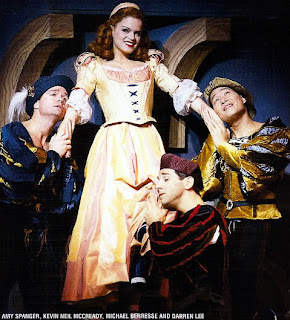 As sassy, but sweet Bianca with her suitors... 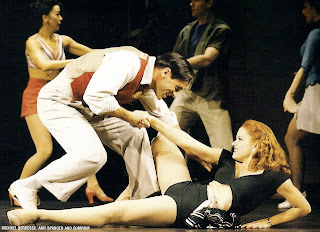 ...and as even sassier Lois Lane (with Michael Beresse)!
Chicago (2002)
Roxie Hart 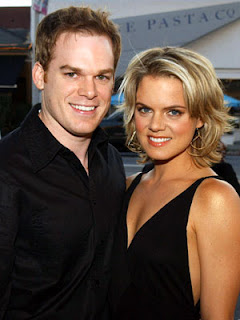 In 2002, Ms. Spanger was married to
Michael C. Hall. (They have since divorced.)

She was Roxie Hart to his Billy Flynn. 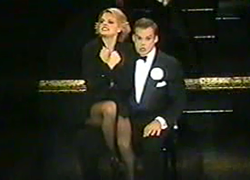 And they both reached for the gun. 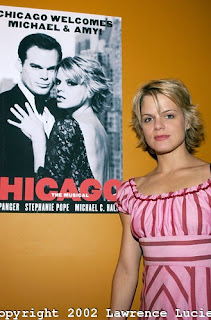 Spanger with the sultry Chicago
ad campaign for her run.
Urinetown: The Musical (2003)
Hope Cladwell 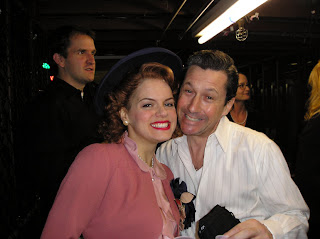 She was the final Hope during Urinetown's Broadway run.
Charles Shaughnessy was her dad in the show. 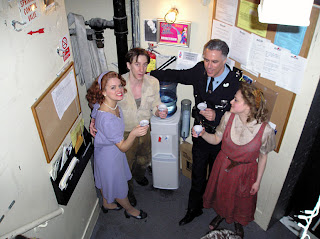 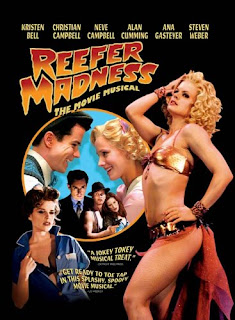 Her name may not be above the title, but
she's the biggest thing on the poster! 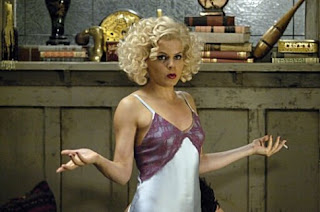 The picture says it all!
The Wedding Singer (2006)
Holly 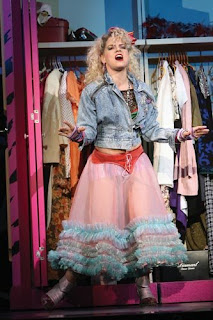 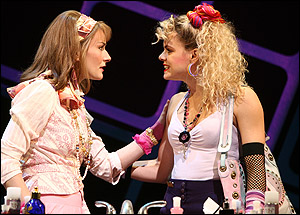 She offers Laura Benanti some friendly advice:
"Go after that man!" 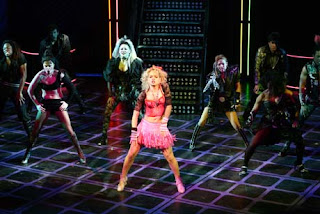 "Saturday Night in the City" 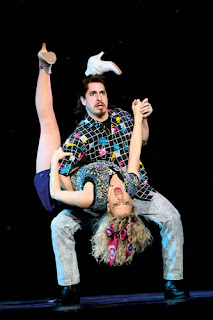 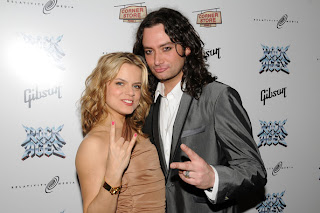 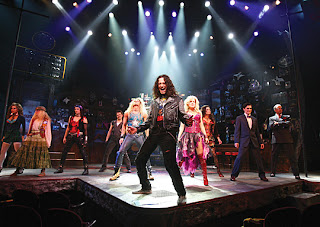 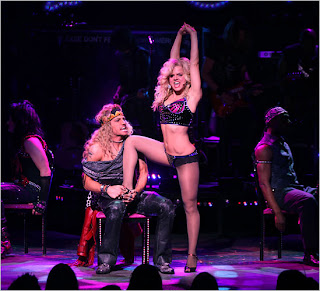 Spanger's got the goods, and she's
showing them to James Carpinello!
Robin and the Seven Hoods (2010)
Alana O'Dell (Pre-Broadway) 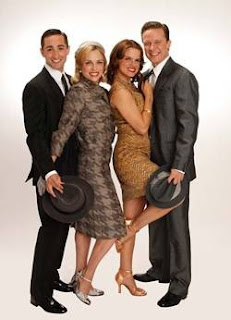 Talk about your "rat pack" 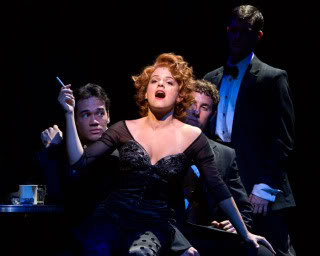 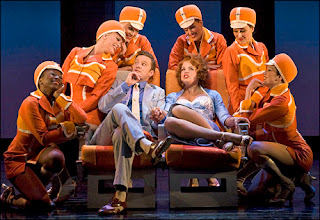 On a flight with Will Chase and several stewardesses!
Elf: The Musical (2010)
Jovie 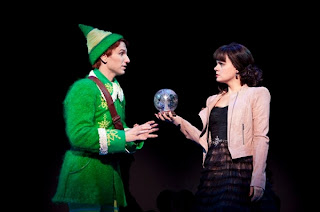 From no Christmas Spirit... 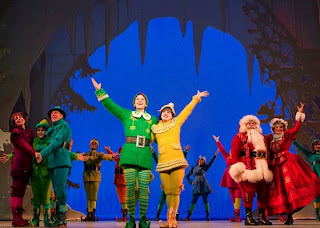 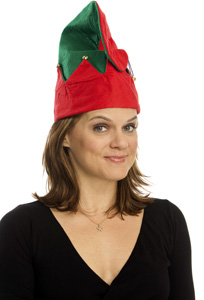 Is she happy or embarrassed by the hat?
Comments?  A suggestion for next month's Broadway Boy or Lady?  Leave it here, email me or Tweet me!
Jeff
2.76
Posted by JK at 12:01 PM