In Memoriam: Stein, Bock and Tavarez

The Broadway community and the world at large lost three important theatre world figures in the space of just over a week.  And while any time someone passes away a loss is felt, it seems just that much harder to deal with when they happen so close together.

Fans of Fiddler on the Roof (I count myself among them) were dealt a double blow when both its librettist and composer passed away with days of each other.

Joseph Stein
Joseph Stein, librettist for such musicals as Plain and Fancy, Mr. Wonderful, Take Me Along, Irene, and the three that garnered him Tony nominations: Fiddler on the Roof (he won the Tony for the show), Zorba and Rags.  Mr. Stein also wrote a couple of Broadway plays and contributed sketches to several variety entertainments.  He was 98.

Jerry Bock
The composer of such classic Broadway tunes as "Sunrise, Sunset," "If I Were a Rich Man," and "She Loves Me," and "Vanilla Ice Cream", Jerry Bock, won two Tony Awards and the Pulitzer Prize during his legendary career.  Among his shows are: Fiddler on the Roof (Tony Award), Fiorello! (Tony Award and Pulitzer Prize), as well as the classic She Loves Me.  The latter is among the very few musicals that critics agree are perfect examples of the musical theatre art form.  Other scores include The Apple Tree, The Rothschilds, Tenderloin, and Baker Street.  His creative partner, lyricist Sheldon Harnick survives.  Mr. Bock was 81 at the time of his passing. 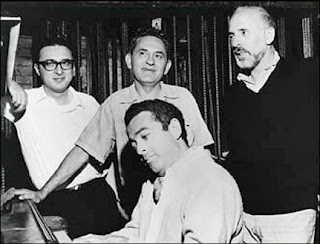 Shannon Tavarez
Perhaps the saddest of the sad, though, is the unfortunate passing of Shannon Tavarez.  Miss Tavarez lost her battle with leukemia at age 11.  Certainly a star on the rise, as Young Nala in Disney's The Lion King, we will never know what impact she might have had in the industry that she loved being a part of.  However, her impact on humanity might just be miraculous.  Instead of letting the disease get the best of her while she still had strength, her battle became a national cause.  With her at the head, some 10,000 people joined her plea for registration into the National Bone Marrow Donors List.  Just as she found out for herself, only 7% of donors are African-American, thus multiplying her chances of NOT finding a compatible donor.  Her cast mates held a donor drive, and such celebrities as Rhianna, Alicia Keys and 50 cent lent their name and influence to the cause as well.  Untold thousands might survive because of Miss Tavarez's bravery and example.  If that isn't impact, I don't know what is. 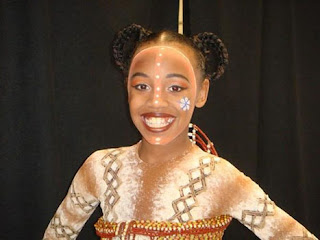 Miss Tavarez as Young Nala in The Lion King
My condolences to the families of Mr. Stein, Mr. Bock and Miss Tavarez; and to the deceased, my thanks for wonderful memories, songs to sing, and hope for the future.  You all have touched our lives.