Broadway News Makers 2010: #9: Next to Normal Wins the Pulitzer Prize

Timing and location, they say, is everything.  And both conspired to cause much controversy over the Pulitzer Prize for Drama judges' selection of the musical next to normal as this year's winner.

Yes, this April a small cloud of controversy whipped up a minor storm when the judges announced its selection just one day after (timing) many of them saw the show on Broadway (location).  The selection was made despite the fact that the jury prepared a list of three finalists, none of which was the musical.  Even the jury's chairman, Charles McNulty publicly decried the selection reiterating the points of many who follow (and disagree with) the award:  the judges are too New York City-centric, rarely considering a play that has not been produced in the city; and that the committee is reluctant to reward any playwright who is moving dramatic writing in new directions. 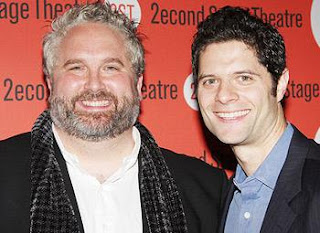 Tom Kitt and Brian Yorkey, who received the award - it is for play writing, were, naturally thrilled, citing the musicals that influenced them the most were also Pulitzer Prize winners: A Chorus Line, Sunday in the Park with George and RENT.  And who is to say that their show didn't push the boundaries of musical theatre.  Did anyone expect that a show about mental illness would run anywhere for any length of time?  Not really. 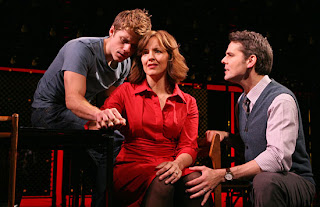 Ultimately, the most pervasive feeling about the award was the one most settled on after the dust settled.  Best described by no other than Ben Brantley who succinctly stated that he never goes to a show or purchases a script based on the playwright's Pulitzer Prize record.  Great plays have been over looked - Who's Afraid of Virginia Woolf? often given as an example of such.  So, congratulations to this year's winner.  Moving on...

And, of course, the theatre community did just that.  next to normal concludes its Pulitzer Prize and Tony Award-winning run on January 16, 2011.