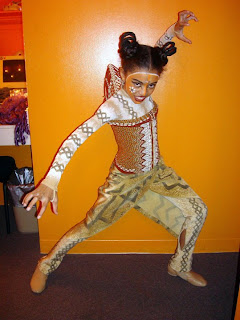 On September 30, 2009, Shannon Tavarez made theater headlines when she began performances as Young Nala in the Broadway production of Disney's The Lion King.  The young actress from Queens, New York was living the dream of many.  Just over a year later, on November 1, 2010, she passed away from complications of acute myelogenous leukemia.  This time, however, she made national headlines.  What a difference a year makes.

After just over 6 months of performing the role (she alternated with another actress), Miss Tavarez could no longer play the role.  She had become ill.  That is when she and her Lion King family stepped it, went public and turned her personal tragedy into a triumph with untold possibilities of lives changed forever.  Over the course of last summer, The Lion King hosted a two-day event getting people to sign up as bone marrow donors, increasing that national database by thousands.  Bring attention to this cause was of paramount importance to Miss Tavarez, because she was of minority heritage.  The entire minority population is severely underrepresented in the national registry, and African-Americans specifically only make up 7% of the entire registry.  And that means that thousands of young people like Shannon have very, very limited chances of finding a donor if there is no match in their families. 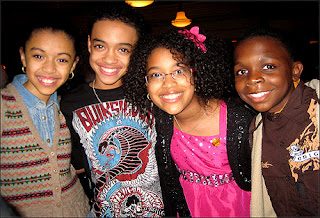 Shannon (far left) and her young co-stars
celebrated The Lion King's 5,000th performance.
The Broadway community rallied to the cause: Alton Fitzgerald White offered benefit solo concerts, and musicians like Alicia Keys, Rihanna and 50 Cent, who heard of her plight publicly joined the fight to bring this issue to the world on her behalf.

After a failed transplant of umbilical cord cells, Miss Tavarez lost her battle with the disease.  But her young life was not in vain.  Because of her, the awareness of the need for bone marrow transplant registration is higher than ever, and registration has also taken off.

For more information about this very worthy cause, go to http://www.getswabbed.org/.

While the death of any child is tragic at best, I think we can all take comfort in the fact that she got the chance to live her dream, however briefly.  And even more importantly, just knowing that because she lived, unknown numbers of others will have the chance to win the battle she lost, should bring all of us comfort.