This series of blogs kicks off the 2010 Year in Review.  In it, I will be focusing on the top people, events and shows that made the headlines during the past calendar year. 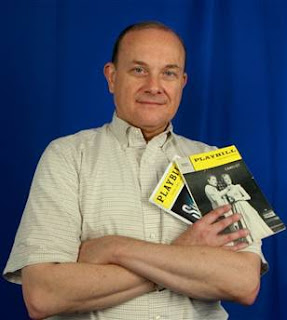 On Saturday, May 10th, the theatre world (and indeed the world at large) lost a critical voice when AP Theatre Critic Michael Kuchwara passed away at the young age if 63 from idiopathic ischemic lung disease.  A true fan of the art form, Mr. Kuchwara wrote criticism and other realated articles for over a quarter century.  The Broadway production of American Idiot was among his final reviews.

He was known for covering all of the major New York openings on and off and off-off Broadway, as well as the occasional touring company, and he frequently travelled to see theatre all around the United States.

Perhaps the outcry of mourning at his passing is the truest testament to the quality and fairness of his reviews.  Everyone from theatre producers to directors and stage stars praised his work for being honest and above all, fair.  How many critics get that kind of send off?

His final review, of the off-Broadway musical The Kid, was mixed.  His favorite show, Gypsy was playing in his headphones when he passed away, according to reports from family at his bedside.

In a final - and for Broadway, the ultimate - tribute, the ights of Broadway were dimmed on May 25 in honor of Mr. Kuchwara.  His death comes as a significant loss in this time of constant cutting back on the theatre critic's voice in all media who cover the art form.