ASK JEFF: The Study of Theatre 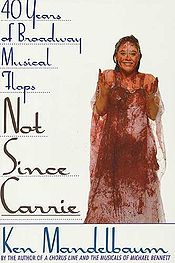 Lately, I've been getting emails from students in high school and college, who have apparently found my little corner of the "blogosphere," and enjoy it.  For that I am thankful and very honored.  It seems that they found me via Google (and other search engines, I'm sure) while trying to do research on a variety of topics all to do with theatre.  Since I mostly focus on musicals, they have mostly asked me musical questions.  But, and teachers if you are reading this to verify a source, please note: I don't answer their questions directly.  Instead, I try to offer an opinion or two and direct them toward sources of material that I have found useful, interesting and well-written.

And so, today, I will answer for everyone that has asked recently - term papers must be due nationwide because I've gotten more than a dozen like this in the past week - one such email that I think covers every one's general needs.  And let me also say that I think it is awesome that so many schools (particularly public secondary schools) that have students researching theatre!

I have been following your blog for several weeks now, since I started my theater class this semester.  I think you are pretty funny a lot of the times which makes your blog interesting, but you also seem to know a lot about musicals.

We have an assignment to write about the history of some aspect of theater arts, and I am trying to write about musicals, mostly because singing and dancing seems to part of so many things in our culture.  Like Dancing with the Stars, Glee and every show now does musical episodes.  Plus our school does two musicals each year, so I want to know more.  Plus I'll get a grade for it!  One of the musicals my school did this year is one you have talked about before.  Blood Brothers.  I really liked it a lot, and saw it all 4 times they did it!

I can find tons of sources and whole books on Stephen Sondheim and Andrew Lloyd Webber, plus older people like Rodgers and Hammerstein and Cole Porter.  But I am having trouble finding things about REALLY old shows, like before Oklahoma.  Can you help me find out about shows and actors that did Broadway in the early days?  I would really appreciate it if you could help me out.

OH!  My friend is writing about modern Broadway composers like Jonathan Larson who wrote RENT.  Can you name a book or two for her as well?

Well, first, thank you for reading my blog!  It is nice to hear other people are enjoying it.  And thank you for thinking of me to ask this question. 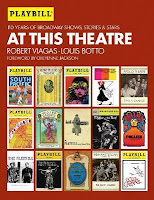 First, if you click on "Reviews" on the tabs at the top of the page, and scroll down to "Theatre Books," two titles are a good place to start.  One is I'm the Greatest Star which has chapters on the biggest names in Broadway musical history from the late 1800's to today.  It is full of facts and is really good because each chapter also talks about what life was like for these people.  The other is At This Theatre, which covers the histories of each Broadway theatre currently in operation.  I think you might find the chapters on the New Amsterdam, Lyceum, Winter Garden and Longacre of most value, while your friend will probably like to read up on  the Gershwin, the Hilton (now Foxwoods) and the Marquis.  This book may also give you ideas about what plays to research and also some important actors, playwrights and directors.

Two books that have a decent amount of material about musical theatre back to 1866, when the first musical was produced (The Black Crook) are Broadway Musicals: Show By Show by Stanley Green and updated by Kay Green.  The other is It's a Hit!: The BACKSTAGE Book of Longest-Running Broadway Shows, 1884 - Present by David Sheward. 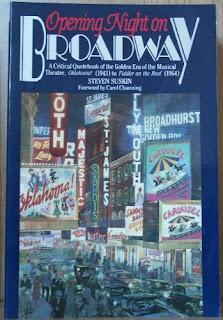 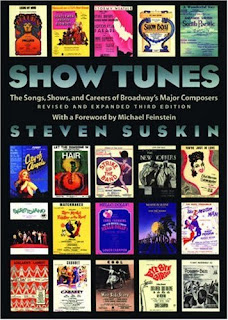 Two books that really cover musicals from the Golden Age to today are Opening Night on Broadway (I think there are two volumes) and Show Tunes both by renowned critic Steven Suskin.  And I think you'd be foolish not to consider shows that weren't a success, because a lot of flops were written by people who became very famous later, and not a few are written by some of the best - ask Stephen Sondheim!  For that, you can't beat Ken Mandelbaum's Not Since 'Carrie':40 Years of Broadway Musical Flops.

And I also recommend Peter Filicia's book,  Broadway Musicals: The Biggest Hit and the Biggest Flop of the Season, 1959-2009.  He is a respected critic and author, who blogs 3 times a week at TheatreMania.  He'd be a great person to contact for ideas as well. 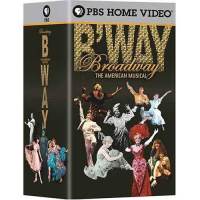 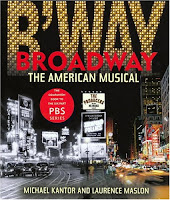 And I don't think there is a better historical resource out there today than the PBS series - available on DVD and as a hardcover book - Broadway:B'Way: The American Musical.  While I am sure the book is great, I think the DVD might be just a bit better.  Why?  Because theatre is a PERFORMING art, and you see actual performances on the DVD.  It covers 1893 - 2004.

I hope this helps!  And if you come across any great books or websites or DVDs, please write back and share them with all of us.  Good luck with your paper!