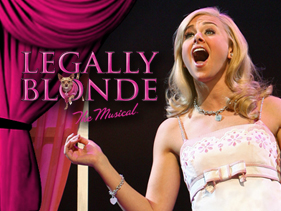 Let me give a caveat to everything I am about to say:  I am not completely prepared to make any guesses as to who will or will not be nominated for a Tony Award next week because as of today, I still have two new musicals to see before I can say I've seen all of the new ones, and while I won't even be close to having seen all of the plays, it won't be until mid-May before I feel comfortable weighing in on those nominations without having seen The Normal Heart and War Horse.

That said, one of my favorite blogs out there is "The Producer's Perspective" by Ken Davenport, who is, in fact a theatre producer with quite a bit of first hand knowledge.  His blog yesterday attempts to figure out which plays and musicals would get the Tony blessing, and who would leave wanting.

He makes a couple of very good arguments - I'm assuming he's seen or knows enough about the insider scuttlebutt on The People in the Picture and Baby It's You.  One thing I'm glad he recognized, and that I hope is true is that The Book of Mormon and The Scottsboro Boys are "the two locks in [the Best Musical] category.  I'm not worried about Mormon, but I have said all along that The Scottsboro Boys was the best new musical of this season by a mile, and I think that would be such great vindication for such a pitiful run.  I hope he is right.  I also hope he is right about Catch Me If You Can, my personal favorite of the spring crop.  As for his forth nomination, Bloody Bloody Andrew Jackson, I could definitely live with that, too, as that would make the 4 nominees my 4 favorite shows of the season.  Still, I wouldn't be too upset if Women on the Verge of a Nervous Breakdown snuck in there, either.  Even at its messy 2nd preview, I could see and hear the potential for greatness.  Talk about sweet revenge! (Again, I still haven't seen The People in the Picture or Wonderland; I have seen Baby It's You, but will not reveal any specific opinion on that until it opens tonight, and my review posts tomorrow.

Last Season's "Legally Blonde"
Oddly enough, it is my 5th and 7th favorite shows of the season that really made something Davenport says in his blog stick with me.  He says that each year the nominating committee ignores a commercially successful show by "Legally Blonding" it.  And he is so right!  Flash back a few seasons to the nearly complete snubbing of one of the most fun, interesting musicals in years (and this years Best Musical in London), Legally Blonde.  I remember being so shocked at its lack of nominations.  And Mr. Davenport is right.  Every year it is one show that gets Best Musical snub - a Legally Blonding, if you will.  He cites The Addams Family, AIDA, and Legally Blonde as recent examples.  Bravo!  All three were deserving of the Best Musical not that evaded them.

This year - and isn't it nice that there are SO MANY new musicals to even argue over - I'm afraid my 5th through 7th choices don't stand a chance in filling any spot left vacant by an equally egregious overlooking of a fall show.  If, in fact, The Book of Mormon, The Scottsboro Boys, Catch Me If You Can and Bloody Bloody Andrew Jackson are the nominees, then I call "Legally Blonde" on both Priscilla Queen of the Desert (my 5th favorite), Elf: The Musical (my 6th favorite) and Sister Act (my 7th favorite).  Not a commercial hit, but still a viable choice is my tied for 6th favorite, the aforementioned Women on the Verge, which was recognized in this category by the Outer Critics Circle Awards nominations.  (That is for another blog late next week...)

Which of these will be "Legally Blonded" this season?
I think that in good years like this one, it wouldn't kill them to nominate 5 musicals and 5 plays for "Best" honors.  Heck, it wouldn't even diminish the impact 5 nominees is still less than half of the possible contenders.

What a great "award"!  I wonder what show will be "Legally Blonded" next week...

Comments? Leave one here, email me at jkstheatrescene@yahoo.com or Tweet me!
Jeff
2.239
Posted by JK at 12:01 PM