Broadway legend Joel Grey makes his Broadway directorial debut (with co-director George C. Wolfe) with an all-star staging of Larry Kramer's The Normal Heart.  And I have two pairs of tickets for you to win!  See below for contest rules and how to enter! (ADDED TIME TO ENTER - SEE BELOW!)

The story of a city in denial, The Normal Heart unfolds like a real-life political thriller—as a tight-knit group of friends refuses to let doctors, politicians and the press bury the truth of an unspoken epidemic behind a wall of silence. A quarter-century after it was written, this outrageous, unflinching, and totally unforgettable look at the sexual politics of New York during the AIDS crisis remains one of the theatre’s most powerful evenings ever.

(Don't want to play, but still want to see the show? Scroll to the bottom of this blog for a special link to a discount for The Normal Heart!)

HOW TO PLAY:
HOW TO ENTER THE CONTEST:
THE PRIZE:
THE FINE PRINT:
HOW TO GET A DISCOUNT:

Don't want to play? Don't think you'll win? Can't go to the show during the times allotted by the vouchers? Then use the link below to get a great discount on tickets to The Normal Heart!


Disclaimer: I have never received any form of compensation for sponsoring this contest. I am not in any way affiliated with the Broadway production, its producers, cast, crew or creative team. This contest is open to readers of JK's TheatreScene, and winners, by virtue of their entry, are confirming that they can use the prize as provided within the guidelines and time period it is valid. All entries, email addresses and names will remain confidential, and will be permanently deleted on May 22, 2011. 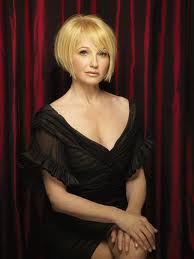 Ellen Barkin heads the cast of The Normal Heart.   Is this is her Broadway debut?

Look for question #2 at the bottom of Monday's blog! And remember, you need to give the letter AND the answer on your entry!

(Photo of The Normal Heart star Ellen Barkin)
Posted by JK at 12:01 PM