On the Radar: Hands on a Hardbody 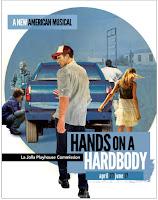 The title is both titillating and clever.  The source material, an independent documentary, is the stuff of legend.  Its subject matter couldn't be more American.  And now it is a musical with a pretty amazing lineup of talent on both sides of the footlights.  I'm speaking , of course, of Hands on a Hardbody, which is now in rehearsals and working toward a late April/early May opening at La Jolla Playhouse. Considering the talents behind it, Broadway, eventually, must be its aim.

Why this interests me is actually a multiple part answer.  First, the subject matter intrigues me and is ripe with possibilities for genuine needs for songs.  What brings these people out to stand for days with their hands on a truck?  Are they desperate?  Are they looking for media attention?  Will they lie and cheat or will they be honest?  I'm picturing A Chorus Line for the pick up truck set.


The La Jolla press notes describe the show like this: "When an auto dealership in Longview, TX launches an endurance contest, ten economically-strapped strangers embark on a journey that puts their hearts, minds and bodies to the test. The contestant who keeps at least one hand on a brand-new hardbody truck the longest gets to drive it off the lot. What initially seems like a mere publicity stunt soon becomes a soul-baring battle of wills. Only one can win, but for all involved, the truck holds the key to their own private American dream."

What I hope doesn't happen is that the creators make a mockery of these people.  Sure, there is humor to be found, but I hope not the "making fun of them" kind.  Like I said, this is a quintessentially American story - competition, a chance for a big prize/better life, and a Texas setting.  In these times, a little appreciation for the 99% is more than appropriate.. 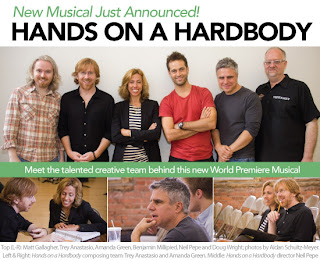 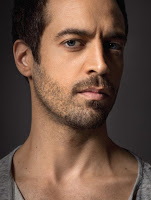 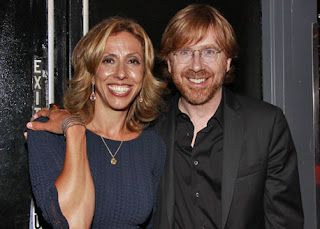 Second, I love the (on paper at least) eclectic mix on the creative team.  You've got Pulitzer Prize winner Doug Wright (I am My Own Wife), who knows a thing or two about finding the humanity in odd situations, writing the book.  And you've got Amanda Green, who knows a bit about Broadway scores - lyrics in particular - from growing up around two legends (her dad, Adolf Green and his writing partner, Betty Comden), plus she did the score for High Fidelity and is part of the Bring It On team.  And she has a new to Broadway, but certainly not music, partner in Trey Anastasio, the highly regarded, multi-Grammy nominee writer/singer from the prolific rock group Phish.  But he isn't just another rock guy trying "the Broadway thing."  He comes to this by way of a musical upbringing that includes generations of Broadway musical fans and years of experience seeing and hearing the classics.  Read a fascinating Trey Anastasio Rolling Stone article HERE.  The director, Neil Pepe (Speed-the Plow), and choreographer, Benjamin Millipied (the film The Black Swan) are no slouches, either! 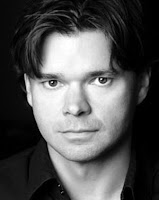 And finally, even though it is never a guarantee for Broadway casting, the cast of this regional premiere tells me that the producers are very serious about taking this show as far as they can.  It is full of veterans - Hunter Foster, Keith Carradine (both Tony nominees), Tony winner Jarrod Emick, Connie Ray, and Broadway regular Mary Gordon Murray.  And it has its share of up-and-coming talents, too: Jay Armstrong Johnson, Allison Case, Jon Rua, David Larsen and Keala Settle.

Diverse characters, a Texas setting, a survival competition and rock-n-roll - who could ask for more in a brand new, all-American musical?  I hope the show finds a lot of success!

Labels: Amanda Green, Doug Wright, Hands on a Hardbody, On the Radar