ENTER NOW! ALL 5 TRIVIA QUESTIONS ARE UP AND ENTRIES  ARE BEING ACCEPTED FOR THE NICE WORK IF YOU CAN GET IT  TICKET CONTEST!
CLICK THE SHOW LOGO ICON TO YOUR LEFT!

If you don't want to know the plot or ending, I'd suggest that you skip this review.

I'll be completely up front.  I am NOT a fan of The Phantom of the Opera.  But I actually had somewhat higher hopes for Love Never Dies owing mostly to the slick filmed bits I've seen in the commercials.  At the very least, I went to support this kind of event which brings theatre to those of us who live outside New York, London or Melbourne.  As it turns out, that's pretty much all I did.  The most interesting part of the evening was listening to the very vocal audience during the Broadway coming attractions.  (HERE)  I couldn't help leaving thinking I am glad to have spent only $20 on it rather than $150 when it inevitably steam rolls into New York.  Still, that doesn't mean that the filmed version isn't without its merits. 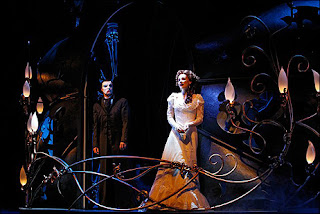 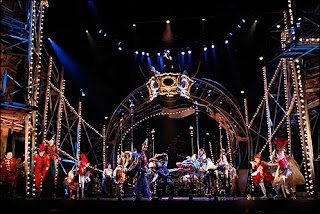 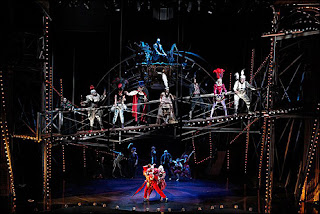 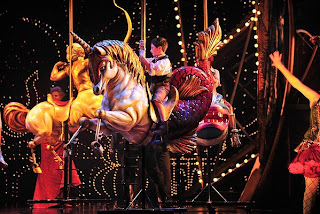 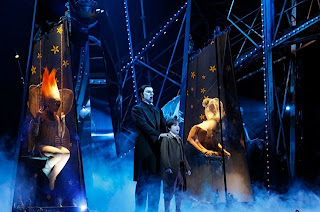 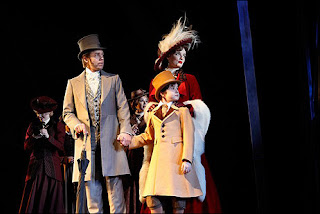 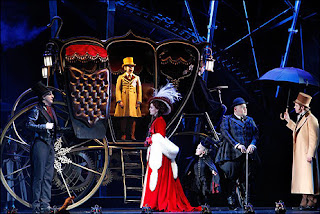 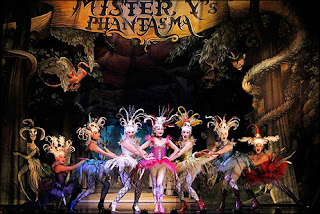 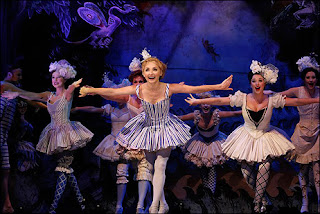 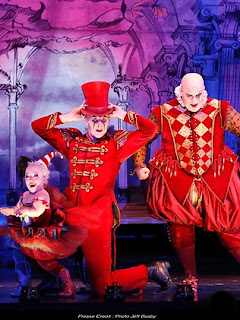 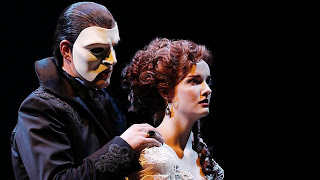 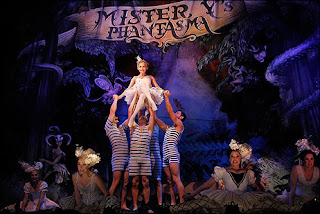 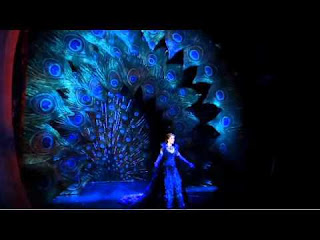 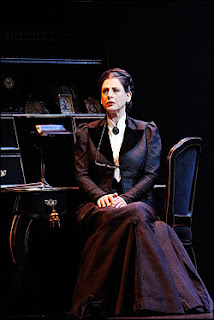 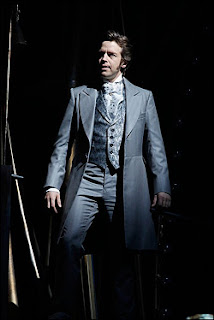 At the beginning of the showing, there is a documentary featuring Lloyd Webber talking about how great it is to have the technology to record theatre in this way and bring it to the masses.  He is right.  It is potentially a great thing.  And Love Never Dies is beautifully filmed.  But it could lead to a false impression.  Film and careful editing tells you wear to look and cuts out the less interesting things.  And it also robs you of the experience of it happening right before your eyes and of the excitement of seeing something so huge unfolds before you.

I hope more productions are filmed - a cross between the treatment Memphis got and this would be the closest to seeing a show from a center orchestra seat.  But in this case, as great as the film is, the show isn't worthy of such treatment.  Heck, it makes me appreciate The Phantom of the Opera.  I NEVER thought I'd say that.