BOOK REVIEW: A Purple Summer: Notes on the Lyrics of Spring Awakening

Theatre Book Review.  A Purple Summer: Notes on the Lyrics of Spring Awakening.  By Steven Slater.  Production photos of the 2010 - 2011 National Tour by Tony Snow*.  Published by Applause Theatre and Cinema Books.  Copyright 2012.  Paperback. 87 pages, plus 4 pages of color photos.


It all started in 1999 with a performance of Porgy and Bess that inspired Spring Awakening's librettist and lyricist, Steven Sater, to write the very first words for the show, "Mama Who Bore Me."  Those first words never changed during the entire genesis of the Tony-winning musical, but as you read A Purple Summer: Notes of the Lyrics of Spring Awakening, you'll find that a lot did change, all for the best.  I can't imagine any director of future productions not using this book as part of their pre-production research and dramaturgy.  The added depth of performance for serious musical theatre actors in future productions of the show could be staggering after they study this work.  Sater offers a serious explication of his work and it is a valuable resource.  What might surprise you is that I don't think that this book will offer fanboys and fangirls (I think they refer to themselves as "The Guilty Ones") much.  The book is definitely one for study, not one for backstage gossip and the like. 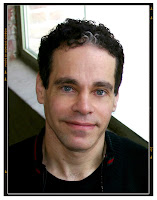 That is not to say that there isn't anything about cast members.  One of the more interesting passages details a texting session between Sater and Lea Michele, who had questions about lyrics and the meaning of "The Guilty Ones" just days before the Broadway opening.  And there is a discussion about the "I Don't Do Sadness"/"Blue Wind" sequence that you can't help but picture John Gallagher, Jr. and Lauren Pritchard deep in discussion over just how to play it.  Other things of interest to fans and scholars alike include how some songs were dropped and re-added just before the off-Broadway premiere, how some songs changed characters, and how and why "The Word of Your Body" came to appear three times in the final show.  And it is interesting to contemplate that Gavin Creel was Melchior to Michele's Wendla in an early workshop of the show.  I also found the parts about the collaboration between Sater, Duncan Sheik and Michael Mayer to be insightful and very interesting. 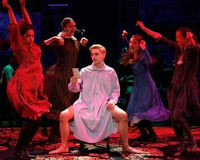 The text is structured simply: a few introductory words to each number (if at all), followed by the full lyrics, and then Sater's analysis.  The songs are presented in the order of the show, and each are given context for clarity without rehashing every beat of the piece.  Throughout, the author discusses the songs in terms of story and character development.  He also discusses the specificity of the words he chose, and how he has frequently had to work closely with translators in several languages to select words that come closest to his original intent. 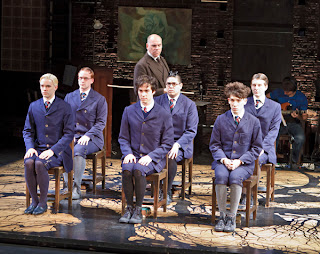 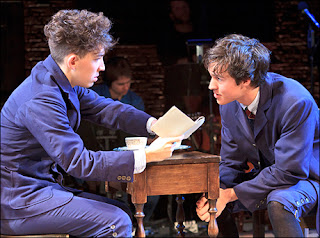 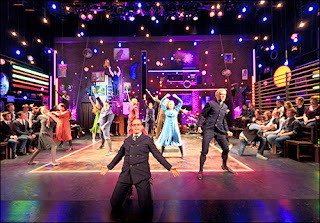 I found the breadth of his inspiration and allusions to be astonishing.  His lyrics reference a variety of Shakespeare's sonnets and plays, including Romeo and Juliet, King Lear and The Tempest.  He offers an extended discussion of the parallels (and inclusion of lines from the play) between Hanschen and Ernst and Othello.  Among his other references are the ancient Greek philosophers Socrates, Aeschylus and Plato, and poets and playwrights like Emily Dickenson and Henrik Ibsen. 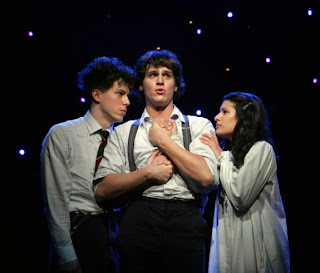 So, why is the book titled A Purple Summer?  Well, apparently, "The Song of Purple Summer" is the most enigmatic song in the show, the one Sater has the most questions about from fans and producers around the world.  You will not be disappointed at his examination of the song.  And it answers, indirectly, a question I've always had about the Original Broadway Cast Recording: why aren't the first lines of the song on the CD?  Turns out they were added ONE HOUR before the final preview and "freezing" of the show.  They couldn't be on the recording - it was done BEFORE that final preview!

I read the book while listening to the OBCR CD as I went.  Doing so was very helpful and has really added to my appreciation for the quality of the acting and singing of the young performers, as well as the lyrics themselves.  I am positive that when I see my next production of the show, all of the lessons the book taught me will effect my understanding, appreciation and enjoyment of this modern musical masterpiece.  Not since the Sondheim books has this kind of analysis been available.  Wouldn't it be great to have similar explications for such shows as Light in the Piazza or Once?

(NOTE ON PHOTOS: Only photos of the 2010-2011 National Tour starring Christopher Wood and Elizabeth Judd are included in the actual book being reviewed.  They are, according to the text, by Tony Snow (* I've seen the same pictures attributed to Andy Snow).  I've included pictures of the Original Broadway Cast and the First National Tour  by Joan Marcus as support of my review.  The photo of Mr. Sater is from Getty Images.)