Should Broadway Actors Tell Us How They REALLY Feel?

\YOUR VOTE IN THIS WEEK'S "HOT/HOTTER" IS VERY IMPORTANT!
THIS WEEK YOUR VOTE WILL DETERMINE
THE 2 FINALISTS IN OUR SEARCH
FOR BROADWAY'S MOST UNIQUELY HOT GUY!
VOTE NOW BY CLICKING ON THE ICON TO YOUR LEFT!

UPDATE: Since I first posted this blog, Morgan James took down her original Tweet, and has issued an apology Tweet of sorts (Click HERE to read the Playbill article.  As I say below, I think HOW she stated her opinion was questionable.  But I still respect her right to say it.  Did she need to apologize?  In my opinion, no.  If anything, an "I could have said it better or more like a theatre professional."  I wonder what the reaction will be now.  Aren't actors always among the first to cry "foul!" when our right to free speech is in question?

MY ORIGINAL BLOG POST:
My father always says, "Don't shit where you eat."  Not the most tactful way to put it, but lesson learned.

I was going to write about something entirely different today, but I just couldn't resist talking about this!  And let me first state that I did NOT see the first preview of Shakespeare in the Park's Into the Woods, and I am not commenting on that.

Apparently, shortly after the performance was over, actress Morgan James (Godspell) took to Twitter with this little gem of a Tweet:

Question: HOW can you **** up "into the woods"?? I fear musicianship is dead in musical theatre. And acting, for that matter. #horrified

Really don't like seeing Broadway actors trashing other shows on twitter. Have a little tact. We're all in this together.

Mayhem ensues... other Broadway folk had plenty to say.  Miss James tried to do damage control by trying to explain, only to be dressed down by Scott Alan (an up and coming composer of musicals and original compositions) :

@morganajames
And note: supporting my theatre community--which I DO--does not mean I have to *like* everything.

@ScottAlanNet
@morganajames but you shouldn't tweet about it either. We should support one another in this industry & that tweet was disgusting. sorry.

@morganajames
@ScottAlanNet I'm sorry to offend. It's not about 'not supporting'. The prod/dir was offensive (sexually) and it just wasn't for me.

@ScottAlanNet
@morganajames then don't tweet your opinions, love. it IS about supporting. It's a FIRST preview featuring FRIENDS and IDOLS we respect

@ScottAlanNet
@morganajames people read your tweets & you need to be apart of this industry & be respectful & feel honored to be working in it.

@ScottAlanNet
@morganajames it disgusts me to see performers judging art. Theatre is already judged by so many. WE are the ones who need to SUPPORT 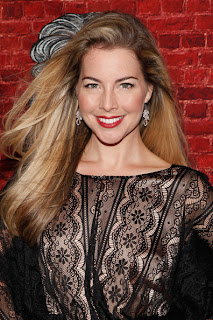 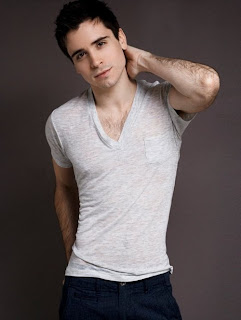 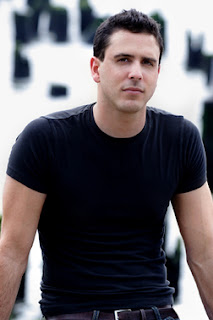 And so it went.

I was not witness to all of this first hand, but rather it caught my eye as a thread on BroadwayWorld.com.  Always a study in human idiocy tempered by the occasional moment of insight, this thread was not a disappointment.  I read with great interest as some BWW Message Boarders took Miss James to task, while others supported her right to Tweet her honest opinion. (I had to laugh as some of the very people chewing her up are the very same ones who take nothing but pleasure in tearing apart every first preview they get into - or not.  But I digress.)

This is my Blog and I'll say what I want to (sorry for the Baby, It's You flashback).  Here's what I think:

Like I said, it really boils down to a lesson in tact.  Though I seriously doubt, as some have suggested, that one Twitter rant will cost Morgan James employment, any more than Scott Alan or Matt Doyle will gain any from this.  And let's be honest... what Morgan James or Scott Alan think about anything isn't quite as newsworthy as the same comments would be from say, Angela Lansbury or Kander and Ebb.  Of course, none of them would have thought to say such things in a public forum.  (Everyone concerned should heed my father's words...)    Rather, a history of a lack of tact and decorum will be what does any of them in.  And I give it 24 hours before the Broadway community rallies behind another cause, and all of this will be but a memory.

As @BroadwaySpotted Tweeted: "If people have split views about your work, I think it's flattering. I'd rather have them feel something about it than dismiss it"-Sondheim  What a great quote!

It seems, in the midst of all the hubbub, that Miss James missed one of the chief lessons to be learned from Into the Woods: "Careful the things you say, children (and actors) will listen."