THIS WEEK YOU DECIDE WHO IS
BROADWAY'S MOST UNIQUELY HOT GUY!
VOTE NOW BY CLICKING ON THE ICON TO YOUR LEFT!

Every 4 years, the worlds of art and athleticism come together to celebrate the Opening Ceremonies of the Summer Olympics, celebrating all that is great about humanity - people from all over the globe stand side by side, smiling and full of goodwill.  In short, for a few hours, we are all one - no bigotry, religious and political differences are set aside.  I get teary thinking about it. 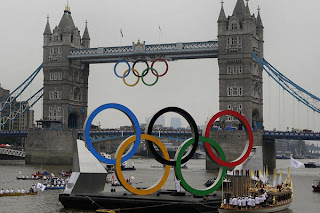 This year's festivities were huge on theatricality.  The British, lead by director Danny Boyle, do spectacle no one else.  Combining ingenious filmed sequences with live theatre, the Olympic stadium was transformed from a gigantic pastoral setting to a mammoth industrial  to a fantasy sequence celebrating children's literature and the national healthcare system.  There were many highlights: Kenneth Branaugh as the Shakespeare-quoying narrator, James Bond (Daniel Craig) and the Queen parachuting in, Mary Poppins vanquishing Cruella deVil, The Queen of Hearts, Captain Hook and Voldemorte; the stunning midfield cauldron.  I especially loved the lit panels in front of every seat, which provided amazing backgrounds for each scene and even the occasional filmed sequence.  The silhouette of an Olympic runner, taking "a lap" around the stadium was super cool.

It was a superb production full of giant strokes and subtle details.  It made me proud to be a human being. 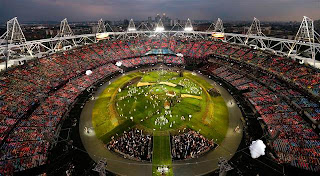 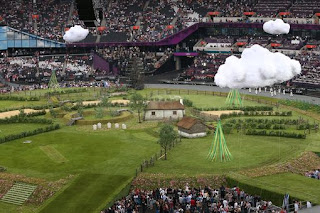 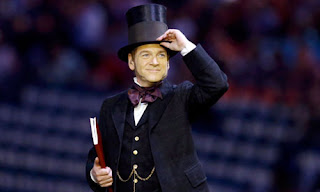 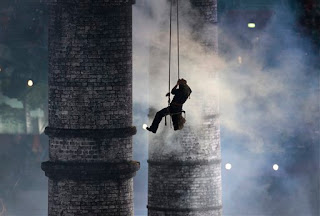 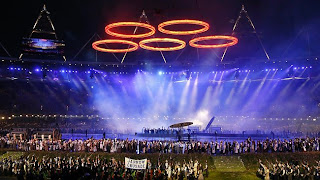 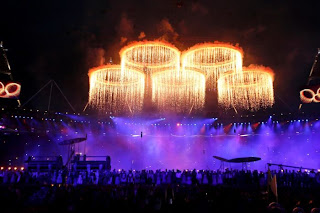 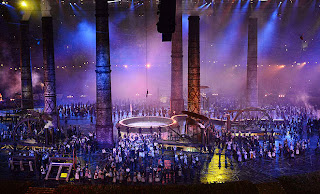 ...TO THE INDUSTRIAL AGE 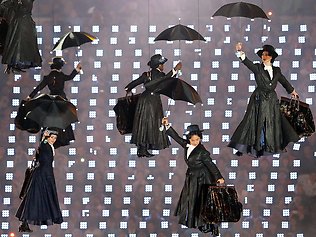 MARY POPPINS TO THE RESCUE 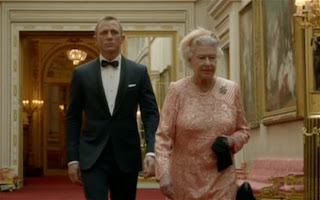 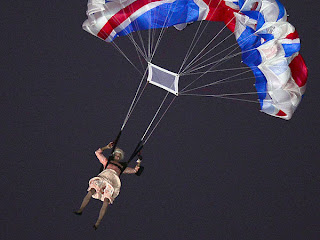 JAMES BOND AND THE QUEEN DROP IN
TO SAVE THE OLYMPICS 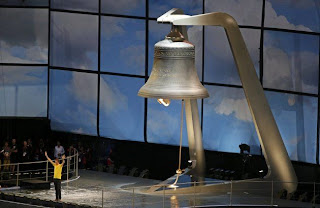 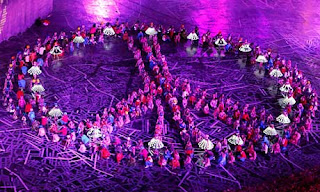 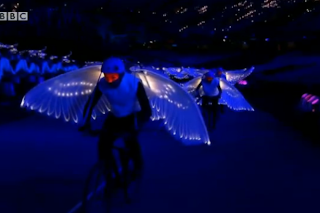 PEACE - WHAT IT SHOULD ALL BE ABOUT
EVERY DAY 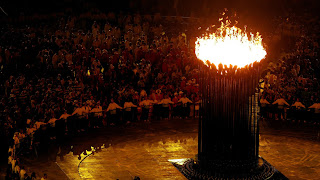 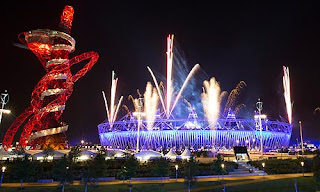 THE CEREMONIES CLOSE WITH A BANG!