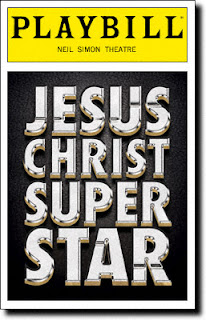 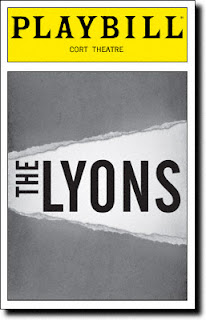 The summer slow down continues, with the departure of two more shows, Jesus Christ Superstar and The Lyons as of the 1st of July.  The Lyons left with a whimper, not a roar, finishing its run 30th out of 30 shows, which is really too bad.  It was a funny, thought-provoking play with dynamic performances.  Superstar fared somewhat better, posting both the biggest gain in attendance for the week (up 23.4%) and at the BO (up $172,256), which is relatively significant in that most shows remained pretty flat, fluctuating only a few dollars and percents.  The good news is that both The Book of Mormon and Once posted new records at the BO, particularly good news for the latter, as it seems a pretty safe bet to call the show "a hit," not just a Tony-winner.  Seems the world can handle a small, quiet,artistic and emotional show after all.  Porgy and Bess is really struggling without Audra McDonald, and is the lowest performing musical on Broadway.  With her return this week, we shall see if there is any significant bump on the charts.  But the biggest loser of the week in both categories was Nice Work If You Can Get It, the Gershwin snoozer, down 14.5% and down $193,762.  Nice work, indeed... Happy 4th!